Today would wrap up our summer tour of the Collegiate Peaks with our longest day of the week.  We were tired, but acclimated to the workload.  We got an early start and were on the trail by 05:30, just as it was getting light enough to see without a headlamp. 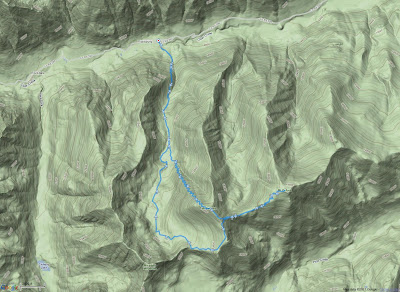 The trail started off climbing steeply up a forested hillside, averaging over 1,000′ of elevation gain per mile for the first several miles. 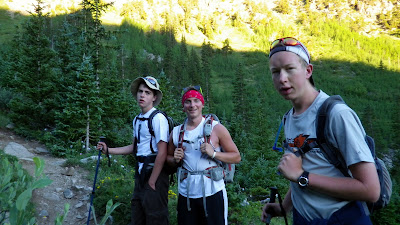 Corbin is awake, not sure about the other two 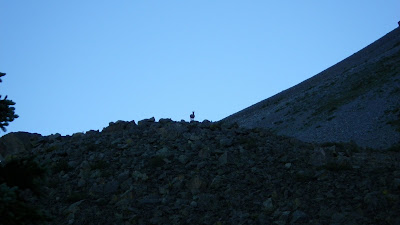 Guardian of the Gulch

Once we made it further up into the valley, we could see the rest of the route before us.  The climb to Belford was a switchbacked monster of a trail that weaved its way tightly up a ridge. 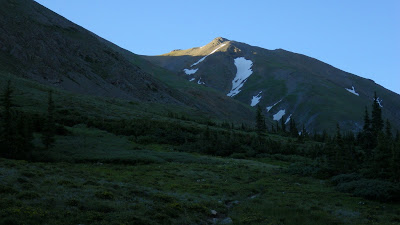 Belford is the little bump left of center

I fell in behind Malcolm as he set an excellent pace.  Slow and steady ended up catching and passing all of the faster starters ahead of us. 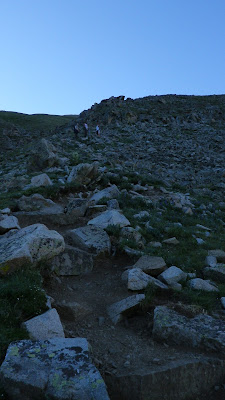 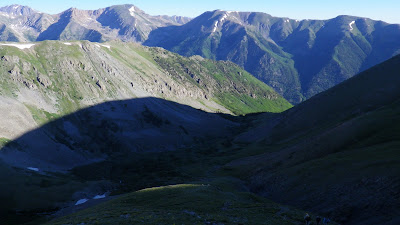 After a few discouraging false summits, we topped out and soaked up yet another amazing view. 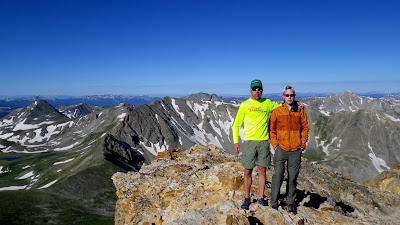 Old man and the boy 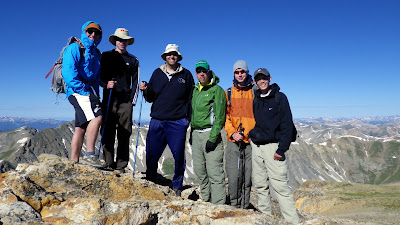 It was mighty cold at 14,000′ and still early in the day.  We tried to take some shelter from the wind but eventually had to bundle up with everything we had before we got moving again. 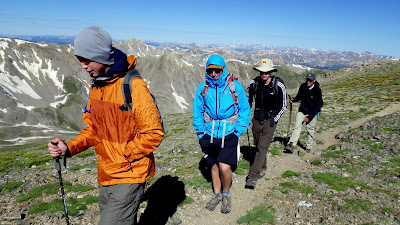 Starting the trek to Oxford 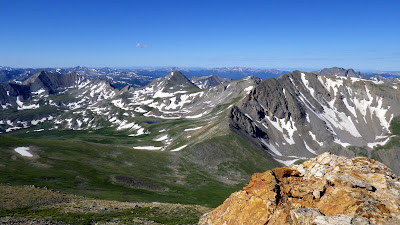 Still quite a bit of snow around for late July 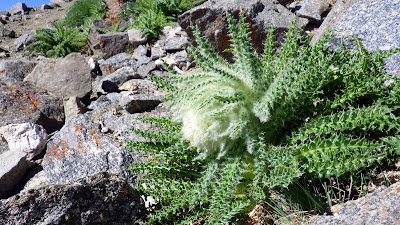 The traverse from Belford to Oxford was a little longer and more difficult than it looked on paper, but we made it over just fine. 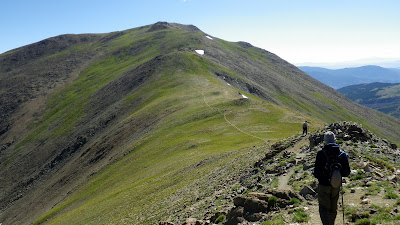 Had to lose a bit of elevation, then gain it all back

Soon enough we were on the summit for our fourth 14er of the week.  Job well done, guys! 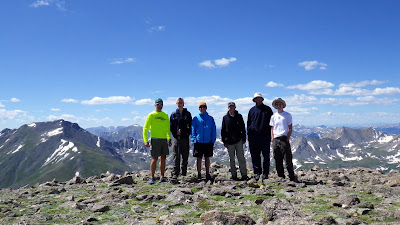 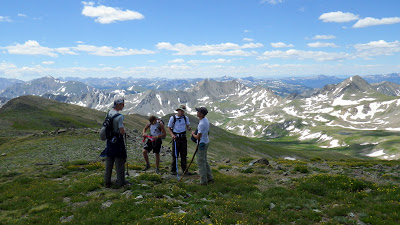 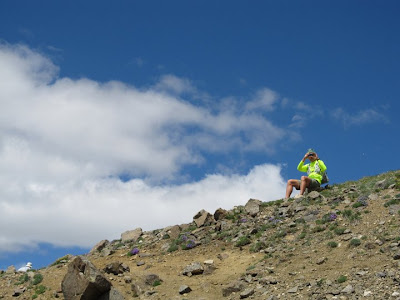 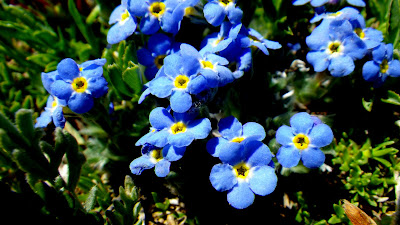 We decided to head back via a slightly different route than we had ascended.  A little longer, but more gradual.  Plus it would give us a chance to see some new terrain. 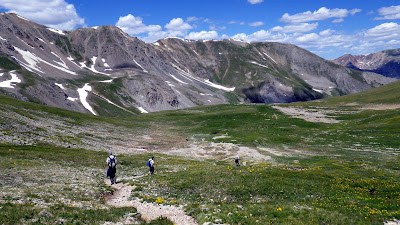 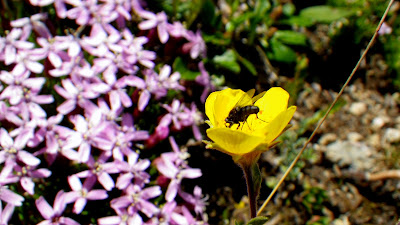 We took our time and savored the last miles of the trip.  It was a spectacular day with no threat of storms, so we had no reason to hurry. 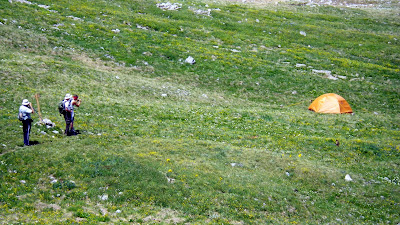 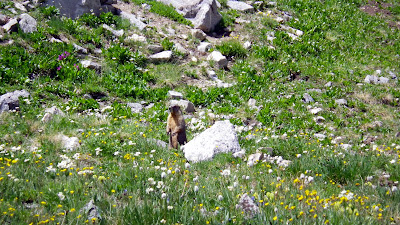 This marmot didn't live in a tent... 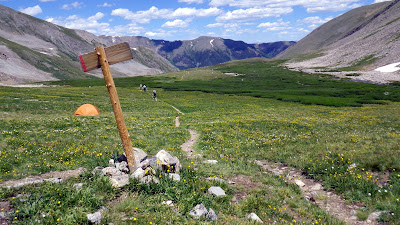 Time to move on

Several stream crossings and a very steep descent were all that stood in our way now.  We passed several groups heading up the trail with huge packs on, they were not looking too happy in the afternoon heat. 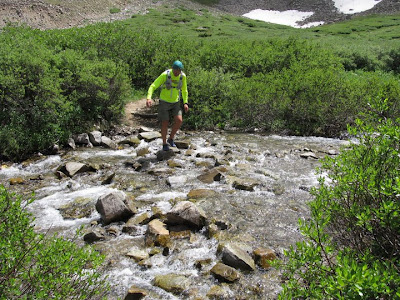 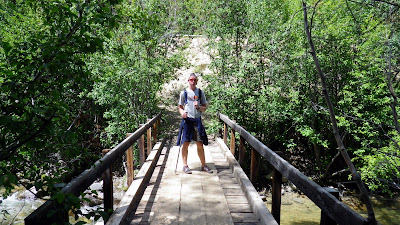 I was seriously impressed with our group this week.  They took on a very challenging route and made it look easy.  No big problems, drama, or meltdowns.  It was truly a pleasure to spend time in the mountains with them and observe how well they did.  I am at a bit of a loss as to what to throw at them next year.  40 miles and 17,000 feet of climbing was apparently not enough!