Kroenke Lake – Hartenstein Lake
5.3 miles
1600′ descent
1600′ climb
a
This day was scheduled to be our easiest of the week.  Just a short trip up and over the Continental Divide and then on to Hartenstein Lake. 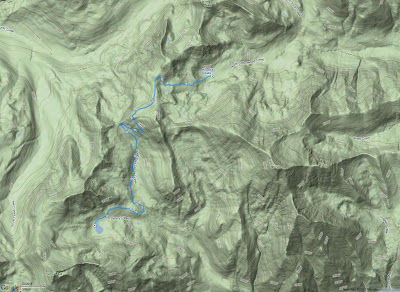 It was kind of a strange morning.  We purposely slept in a little, but then had to hustle around camp to get packed up before being hit with what looked like a really nasty storm.  Thankfully the storm blew over and we were treated to nice blue skies for the rest of the day. 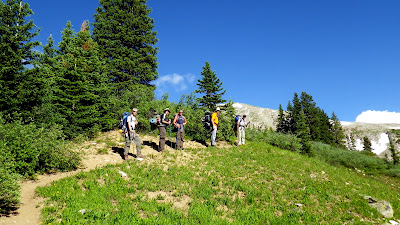 On our way up the climb to the Divide

The climb was initially very steep and then eased off a little bit.  It was nice to not have to hurry to our destination, and have plenty of time for looking around, stalking marmots, etc. 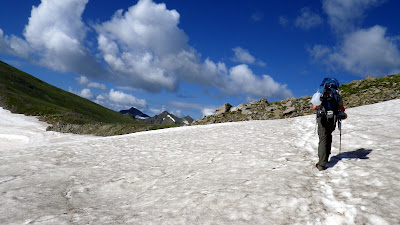 Malcolm crosses the final snow field of the trip

We took off the packs and relaxed for a while up on the pass.  Other than being a touch cold, it was really pleasant.  The mountains and clouds around us were very striking.  Ice Mountain looked amazingly cool, and was put on the ever growing must-do list. 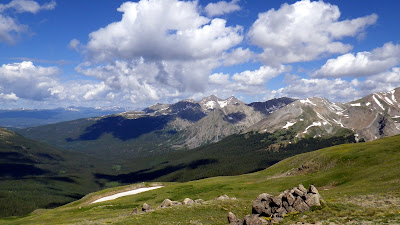 Ice Mountain and the Three Apostles 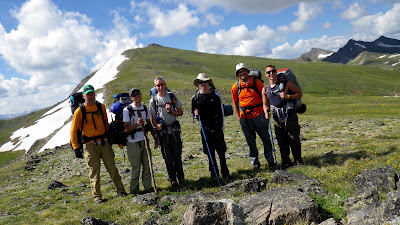 The dominant flower in the area was the Alpine Sunflower.  The grow slowly for several years (10+?), concentrating on storing up as much starch as they can in the taproot during what is a very short growing season.  Then, when conditions are right, they bloom once – then die. 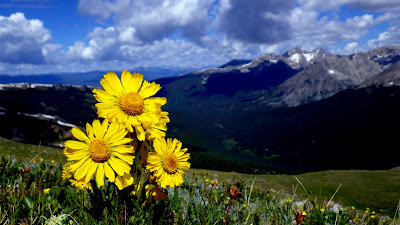 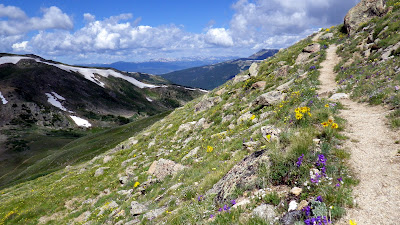 The next photo shows my 1993 Mountainsmith pack.  Still going strong. 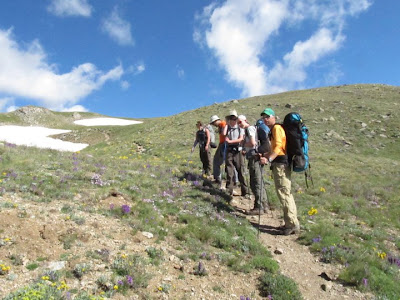 We made camp in the early afternoon and had plenty of time to lay around, explore, and generally goof off.  I took up my favorite high alpine lake passtime of using a dead stick to smack rocks way out into the water.  If you find just the right ‘bat’, you can hit those rocks pretty far! 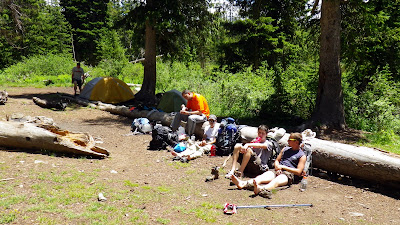 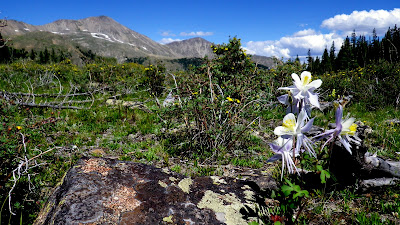 Columbine with Mount Yale in the background

Soon dinner arrived, on Henry’s back!  He had made the drive from home picking up deli sandwiches, chips, candy bars, along the way and hiked in to meet us.  Wow!  We gorged on some good grub and shared some laughs.  That was awesome! 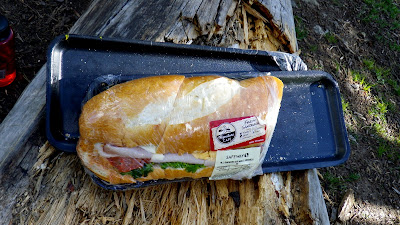 We couldn't quite finish them all

Then the binoc’s came out and we spent the rest of the evening spotting critters waaaay up on the mountainside.  Amazing what you can see if you know where to look. 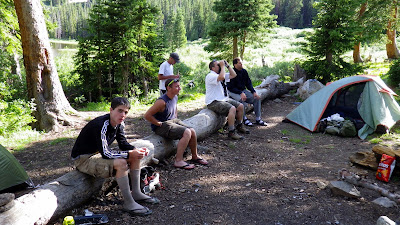 Yep, spotted another one 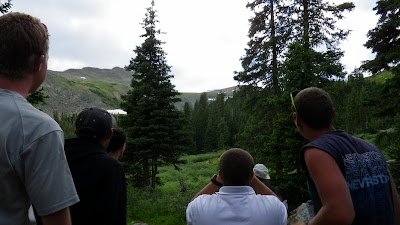 That deer is four years old, and his name is Bob

Posted on August 17, 2011, in stuff. Bookmark the permalink. Leave a comment.