A week long High Adventure Trek is somewhat of a tradition in the scouting program for boys that are in the 14-18 year age group and are part of a Venture Crew. Last year the focus for our group was to complete a 50 mile backpacking trip and earn their 50 mile patches along the way. We completed this with a trip through the Gore Range and the Eagle’s Nest Wilderness Area last July. 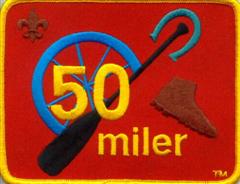 The scenery was spectacular and good times were had. The route was challenging and the days were long as we piled up the mileage on our Monday-Friday excursion. A different lake was our destination every night, and by front-loading the week with more miles we were able to enjoy a relaxed pace on the last two days with 7 miles each. Never going above treeline, and never setting foot in any snow.  Jokes were played, as in the time we suckered people into grabbing the knife for us that was (unbeknownst to them) attached to the log via its corkscrew. Ah, the laughs! 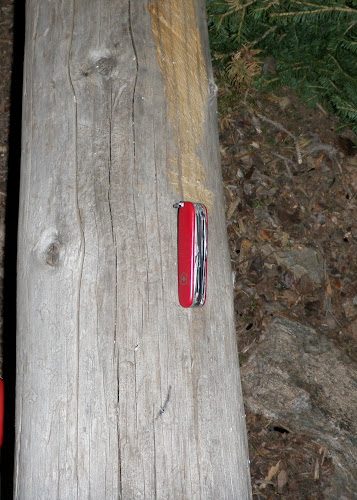 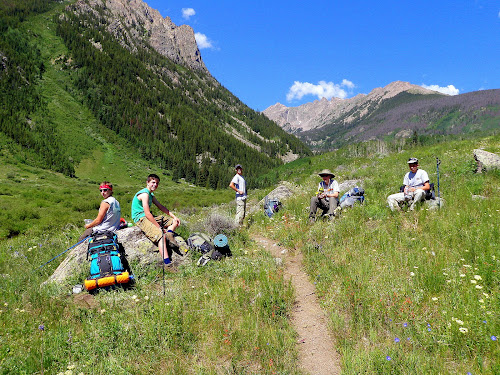 There was great scenery, and photo opportunities were plentiful. 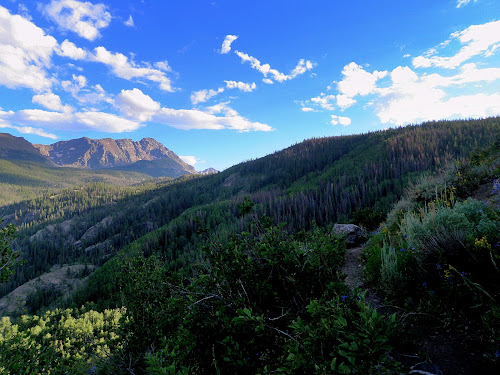 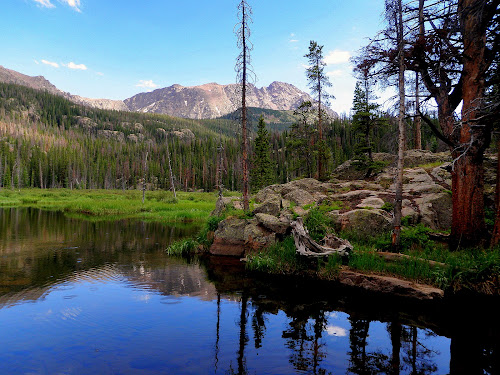 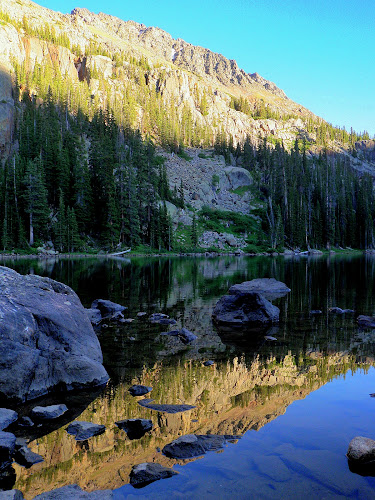 And a legend came into existence:

So the boys thought it would be cool to come up with trail names for everyone. They were firing off one after another, but got stumped when it was my turn. They kicked around several ideas while hiking a ways up ahead and finally hit on that Eureka! moment – a perfect fit. They were so excited to tell me they had come up with one. As I approached them waiting at an intersection, I could tell they were eagerly awaiting my arrival. “We got one!”, they said. “The Agile Fox!”, another blurted out. According to various accounts, my reply was a dry and less-than-enthusiastic, “Oh, that’s gay.” And the legend was born. The Agile Fox would become the infamous nickname, and “OTG” became the default response to anything and everything. We got a lot of mileage out of that one! 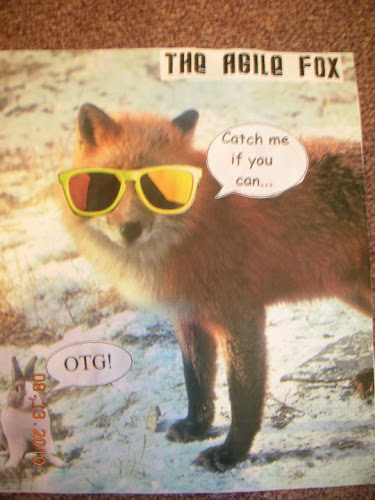 For 2011 some things would be different. For starters, only 4 boys would be making the trip. This was a little disappointing at first, but the ones that were making the trip were all veterans of the year before. They are strong hikers that knew what they were doing so that opened up our adventure possibilities a little more. 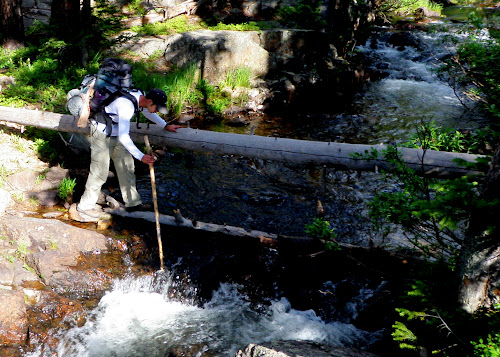 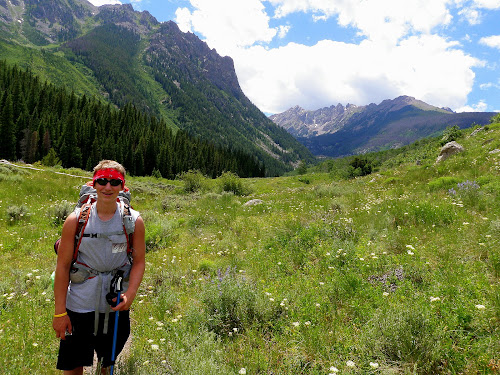 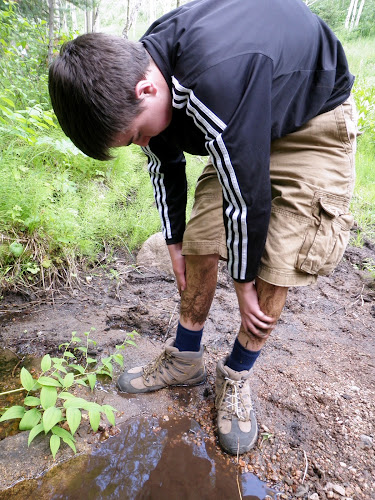 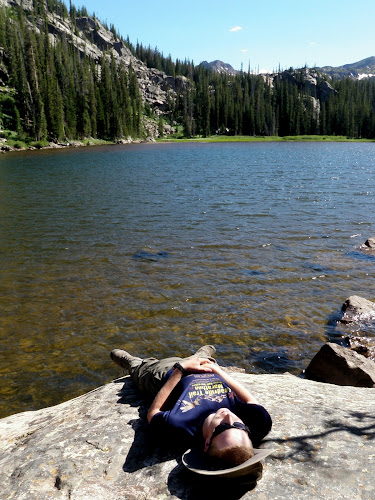 All year, we had coasted along under the assumption that we would head back up to the Gore Range and hit the highlights of last year’s trip while throwing in a couple of new-to-us lakes. Seemed like a reasonable plan… If not for the snow that dumped all winter long and then never melted.

With about a month to go prior to takeoff, we started to get more and more concerned that the Gore’s would be a no-go. The email chatter increased as various routes were proposed and links to recent reports of the conditions up there were shared among the group. I held out some hope before finally killing off the Gore idea after seeing Woody’s post about his Uneva Pass run with about a week before our planned departure.

Lost Lake - this would have been our lunch stop on day one, and it only got worse from there... (photo credit: Woody)

It was quite a scramble to come up with a new route on such short notice. I researched practically every other mountain range in Colorado, turning to 14ers.com to get the latest scoop on the conditions around the state. With that knowledge, I turned to my stack of Trails Illustrated maps and started to piece together route possibilities. Finally settling on a loop through the Collegiate Peaks Wilderness Area. 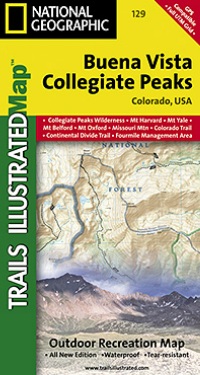 What the loop lacked in distance (the boys weren’t focused specifically on getting 50 miles this year), it more than made up for in terms of elevation gain and time spent above treeline. It also presented the opportunity to summit some 14,000′ peaks along the way. Hmmm.

Just like that, we were looking at 40+ miles of hiking, much of it with fully loaded packs over high mountain passes, and climbing as many as four 14ers during our trip. Ambitious? Yes. That’s why they call it High Adventure.

Posted on August 14, 2011, in stuff. Bookmark the permalink. Leave a comment.