The Strava Race Analysis chart says it all: 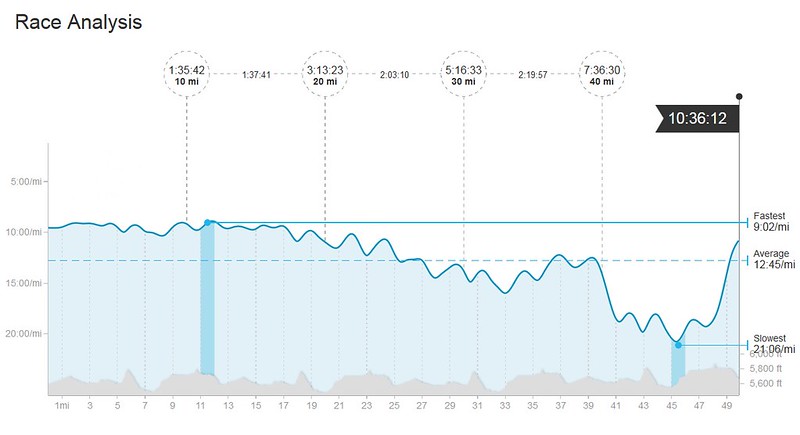 My goal was to run a sub-8 hour 50 miler, and through mile 19 I was right on that goal.  Then things went to crap and I suffered badly through the rest of the race.  Bringing it home with a two and a half hour positive split.  Ouch!!!

Obviously, I started too fast.  Not in a general sense, but for what I had to work with on that particular day.  I missed running this race last year due to it being rained out and rescheduled.  I replaced the race with my own solo 50 mile time trial and clocked 8:34 on a course with around 5,000′ of climbing.

I figured I had a shot at slipping under 8 hours on this easier course, all else being equal.

It turned out that attempting to run a 50 mile PR after completing the Leadville 100 and  also another marathon in the previous few weeks was not a great idea.  I have done similar things in the past and thrived, today I wilted.

I think the difference was in my training base over the year up until now.  Even though I had done some big runs, my legs were still too green to pull something like this off.  They needed to be toughened up a lot more.

Ultimately, I didn’t even come close to breaking 10 hours.  I suffered in the heat, and found that my legs could do less and less running as the day wore on.  I tried to move as well as I could, but there just wasn’t anything there.

I enjoyed myself despite the suffering, and would definitely run the Bear Chase again.  David and Ben do a fantastic job of directing the race, and the volunteers are top notch! Thanks to the Running Guru photographers, I did get a great pic to salvage the day: 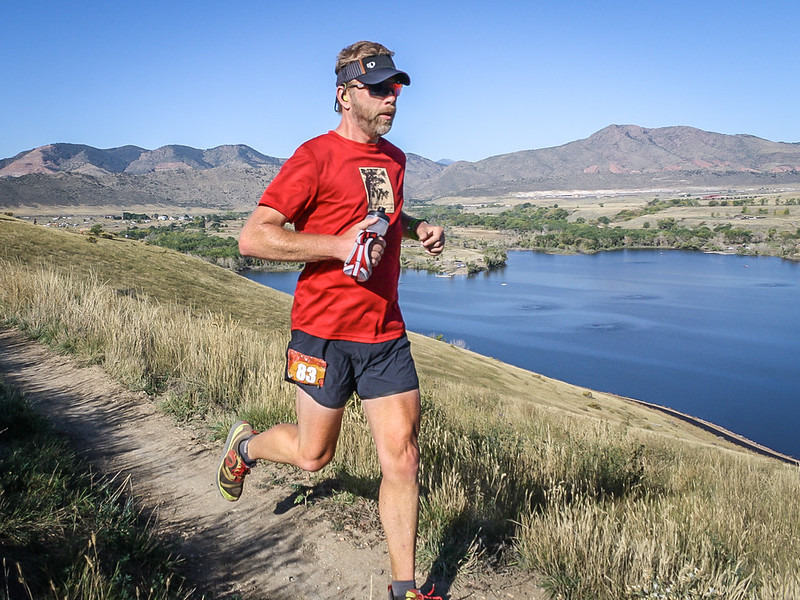 Posted on October 5, 2015, in race, run. Bookmark the permalink. Leave a comment.