Party’s over! This week wraps up my “off” season.  It has been 7 weeks since the Slickrock 100 and I have been keeping the training pretty low key in that time.  Unlike previous years, I have continued running consistently during the downtime, just at a reduced volume – averaging 38 miles per week (two weeks in the 60s, two in the 40s, two in the 20s, and a dinky little two miler the week after Slickrock).  Hopefully that little bit of maintenance will set me up well for 2012.

I ate whatever I wanted, whenever I wanted.  Put on a few pounds.  Did some fun running with family and friends.  Now it’s time to get serious about next year.

I treated this run as an experiment. I certainly would have felt justified in taking the day off to let my calves recover. They are very sore and tight from Saturday’s 20 miler in the Trail Gloves. I felt like getting out for a few slow miles today, as uncomfortable as it was, would set me up for feeling better later on in the week. Rather than dragging it out. We’ll see how that pans out… The run was slow and uncomfortable, I even had to walk up a couple of small hills because my calves were so blown. Everything else felt great, and I was jogging along nicely by the end.

Another slow day. Jogged around the boneyard. Had to stop 4x to let the calves settle down.

Calves still very tight, but I was back to running today instead of jogging along. Sort of a medium tempo with 150 average heart rate.

Turkey Trot in Castle Rock. Jogged and walked with my daughter as she zipped along in her wheelchair.

Solid run at the boneyard. Ran steady (147 avg), not too hard, but not easy. Stopped one time to let the calves relax. They are doing much better.

Painting and working around the house from sunup until late at night.

Pic of the week – Artist’s rendering, since I didn’t actually take a picture: 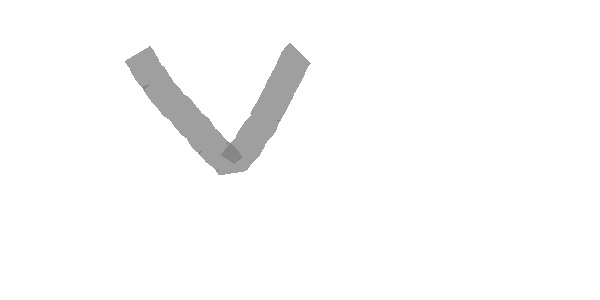 While we were painting, I put this on the wall.  Stumped the kids – they needed a hint to figure it out.