Every year the cross country family gets together to eat, watch some slideshows, and recognize the efforts and performances of all the runners.  We were treated to a great dinner catered by the Texas Roadhouse. 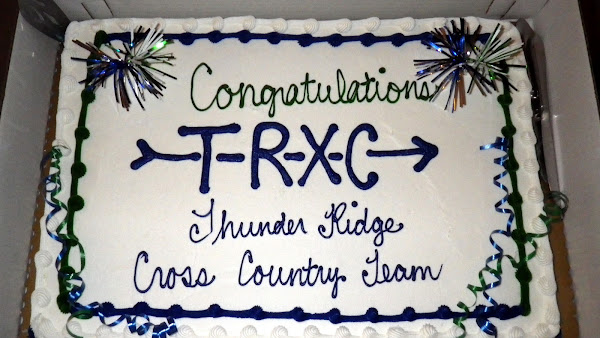 Coach P. does an awesome job with calling up each runner to get a certificate with their PR on it.  He says a few nice things about them as well, which is a great touch.  It takes a while with so many runners (100+ ?), but we all enjoy hearing the stories and cheering for the kids.

I was so proud of LJ (center) for making it all the way through the season.  I know it wasn’t easy for her.  She made great progress and the coach pointed out that her PR came at the final meet which was not the easiest course.  She really pushed hard in that one. 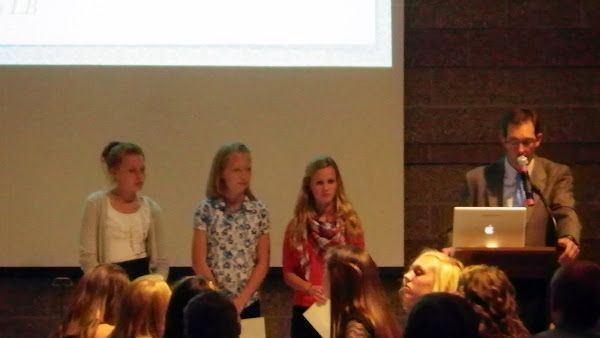 All of the seniors were presented with a cool blanket with the school logo on it.  Malcolm was happy with that! 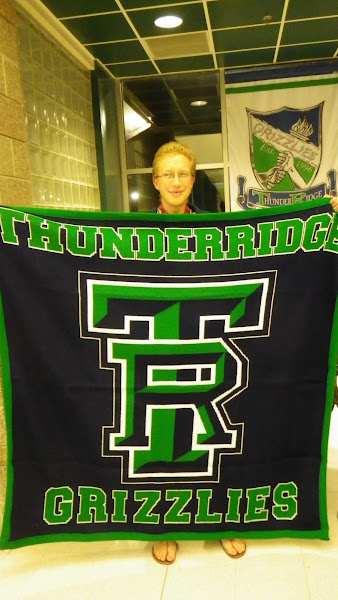 Coach P. is well known for his love of sandals and minimal footwear.  He teaches a world history course and devotes a 2 week section to running in ancient times (think Born to Run).  He made these sandals for Malcolm a couple of months ago. 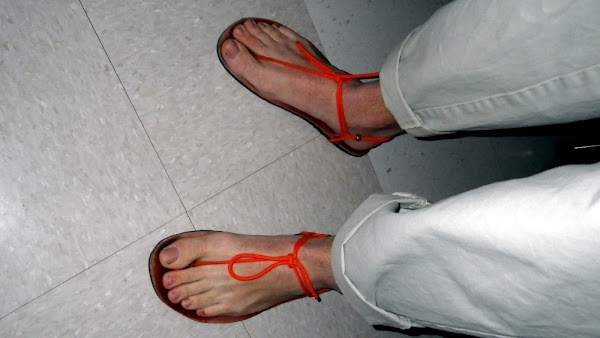 With a little nudge from Coach E., Malcolm and friends got together and made a video set to the tune of “I Was Country When Country Wasn’t Cool” (#1 on the country charts in 1981!).  They wrote new lyrics in tribute to their coach and called it “You Were Barefoot When Barefoot Wasn’t Cool”.  They got the audience to sing along with them, too.  It was great! 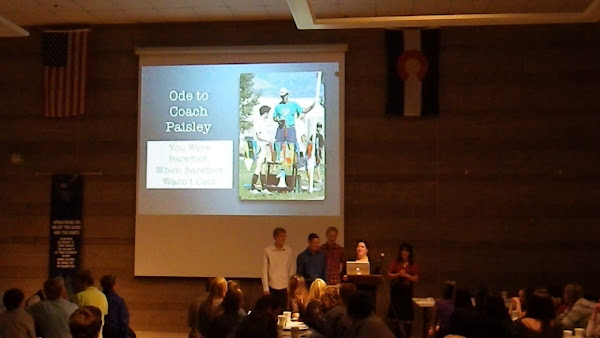 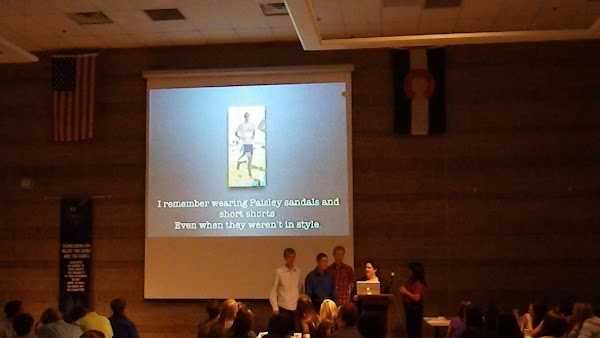 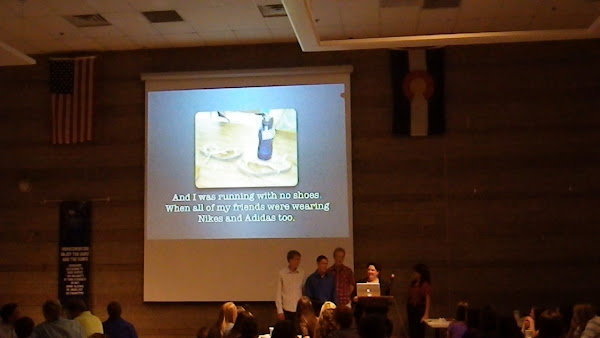 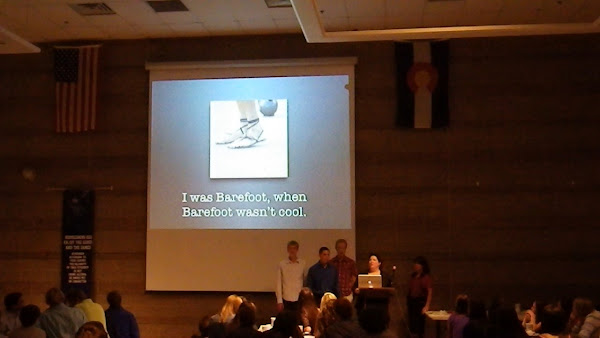 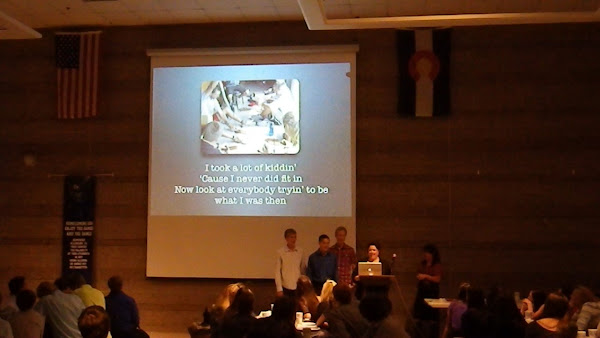 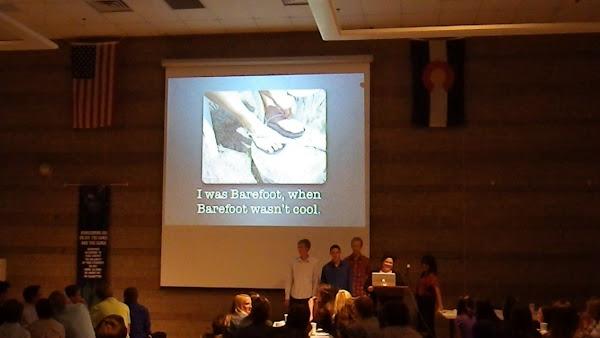 I shot some video and will get that posted later.