I’ve been phoning these reports in for too long.  There are hundreds or thousands of runners doing the same type of weekly logs.  I read several, and have lately felt tempted to discontinue the practice of posting mine.  Mainly because I have hurried through writing the reports expecting the readers to hurry through as well.  Therefore saving them time and gaining their appreciation.  Lol.

Rather than discontinue, I thought I would take the opposite approach.  Try and make it something worth reading.  If I fail at that, it’s ok.  I at least want to put a little work into it.  If I can’t at least do that much, then it’s probably not worth doing at all.

This week was all about prepping for next weekend’s 50k, but not in the traditional sense of ‘training’ by blindly running long miles here, there, and everywhere – or in trying to advance my fitness by any large amount.  I wanted to focus on sustainable pace, and did 4 of my runs this week centered on that concept.  I am hoping to get the most out of the fitness I already have.

Much like a golfer spends hours at a driving range ‘grooving’ their swing, I wanted to try and do the same thing with my 50k target pace.  I don’t know much about the course I’ll be running, but am expecting a steady barrage of hills mixed with twisty singletrack in the trees, and some exposed flat sections.  I found an area with a two mile dirt loop that mimics what I expect the course to be like.  Then I did progressively longer runs on that loop during the week at the pace I am hoping to run during the race.  During each run I would set my Garmin to display average pace and payed close attention to what the effort felt like on the combination of climbs, descents, and flats to keep it in the range where I wanted it to be in.

Hopefully, this will help me settle in during the race and just hold my pace rather than getting caught up in running against others.  I’ll save that for the last 6-8 miles if I have anything left.

Had a hard time with this one.  I think the run up Carpenter Peak took a little more out of me than I thought.  When I’m in this phase of recovering from a 100 miler (2 weeks ago), I often have strong days where I push the pace.  The difference is that I don’t bounce back from those days very fast.  I’m racing again in 2 weeks so I picked a moderately hilly route and aimed for a steady pace.  Trying to emulate the terrain and speed of the race.  I felt slow and holding the pace I wanted was harder than I wanted.

Another grinder.  Didn’t push too hard, but didn’t slack off, either.  Legs are tired and not very snappy.

Got out on the mountain bike for the first time since October!  Wow, I have really neglected one of my favorite activities.  Gotta be careful not to turn into a running robot.  Anyway, the ride was great.  The scout troop I work with is taking a big multi-day trip to Fruita to ride the trails so we took them out on a warm-up ride for the big event.  It was a great time.  We practiced riding some curbs and stairs at the school, then made our way down into Chatfield for some good singletrack riding.  I’ve been in kind of a funk that last few days, tired, cranky, and just feeling negative in general.  It only took a couple of miles of swooping through the trees for me to have a big dumb grin on my face.  That was some much needed diversion!

I was hanging back with one of the least experienced boys and started wondering to myself what kind of shape the water crossing was going to be in.  I figured it’d be pretty high with it being spring time.  Sure enough, we came around a corner to find everyone stopped and eyeballing the liquid expanse between us and the continuing trail.  I kept rolling right on through and into the water.  I could see the bottom, and it was a long way down!  I was committed and gave it my best shot.  Definitely one of the deeper crossings I’ve made, and fairly long as well.  The tops of the tires were well underwater and you had to ride at an angle against the current to keep from being pushed downstream.  There was a second where I thought I was done for, but I muscled through and made it.

After that, we all spent the next 20 minutes or so riding back and forth, taking pics and video and such.  It was a great time, and a good reminder to me that there is much more to life than just training for training’s sake.

AM approaches the deep stuff. He is a great rider, and I gave him huge admiration for making it across. But I also gave him endless cr@p for stopping to take his socks off first.

One of my fastest runs of the year.  Low percieved effort which is always a huge bonus.  Great feeling!  Last night’s ride did wonders for my attitude, and also for my calf.  I’ve had a nasty knot in my right calf for weeks that has been very stubborn.  Today it felt like it was about 85% gone.

Solid day of 50k training for the upcoming race.  Held 8:30 pace on hilly trails with an average HR of 147.  Seems like I could push harder, but I will target this pace/effort for the first 20 miles of the race and see how it goes.

Flirting with a 2 year low on the scale today.  Time to take the belt down a notch. 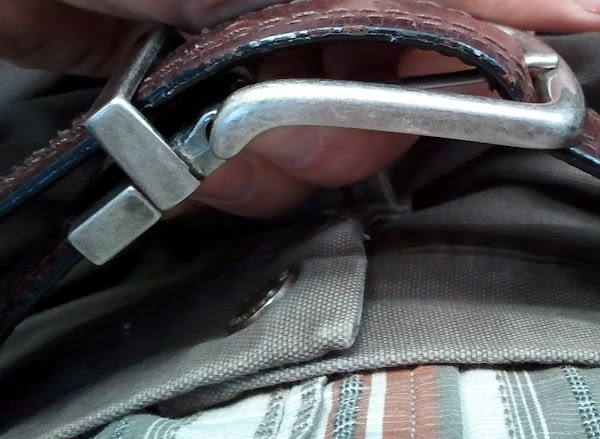 Legs were ready for a rest.  Jogged with Stu over at the Boneyard for the first time in several weeks.  Great to get over there again and the miles flew by.

My wife and I hiked to the top of Green Mountain (Lakewood) with headlamps.  I practiced getting some long-exposure night shots of the city, it’s such a great view from up there at night.  A cold front moved through about 5 minutes after we made it to the top.  The wind was blowing so hard I have my doubts about how good the pictures will turn out, and haven’t had time to review them yet.

Another day of grooving the pace on my 2 mile race simulator loop.  Perceived effort seemed pretty high today, but I think if I back off and rest for a little bit things will come together.  I don’t usually train like I have done this week, it’s been a nice change.  Usually, I train at harder intensities with the hope that things will feel easier when I back it down to race pace (for an ultra).  Today I was wondering – why race at all if you are just going to run by heart rate and average pace like a robot?  I could do a solo run like that any day.

I guess the key will be to start out that way, and then ‘race’ later on if there is something left.

Today’s run was tough mentally.  I was tired and just not into it very much.  I’m glad I stuck it out, though.  I ended up dwelling on a problem at work for much of the first hour, then actually had one of those total lightbulb moments where I came up with an excellent solution.  That was nice!