Just as I am getting the hang of this routine, it seems like we are getting ready to call it a wrap. Bummer! One more day to go, and we made the most of it.

Geoff and Karl raced the track circuit in the morning. 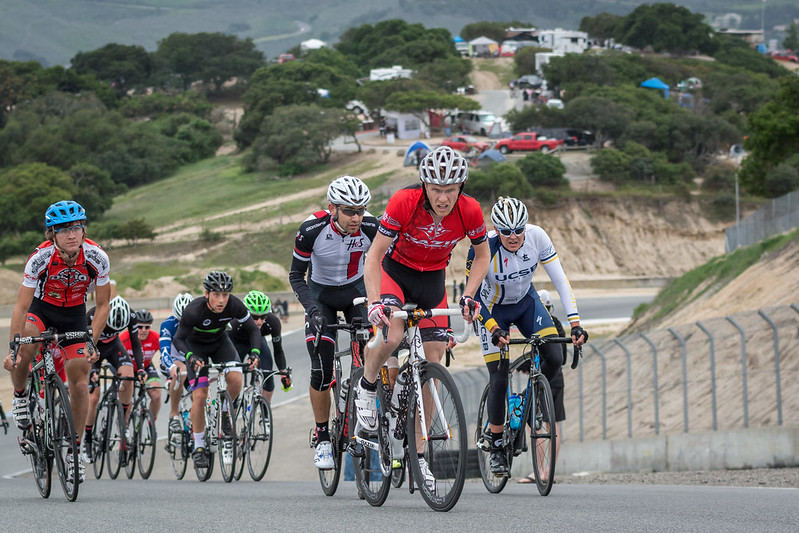 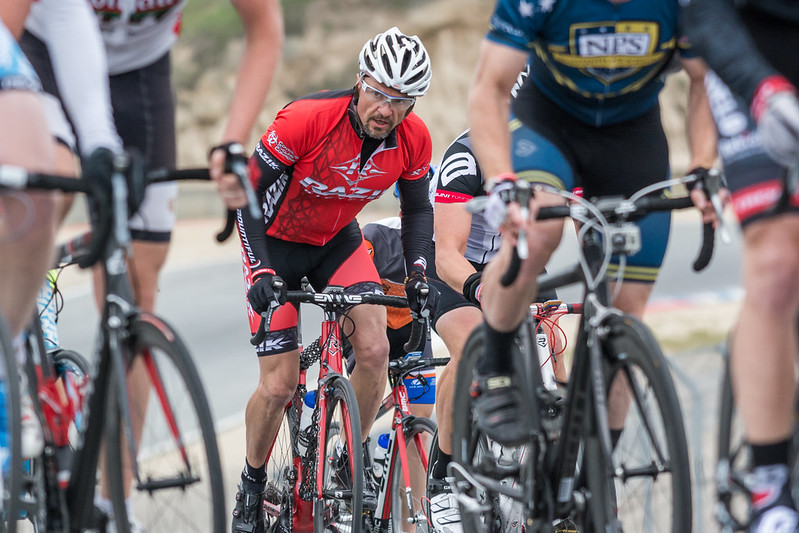 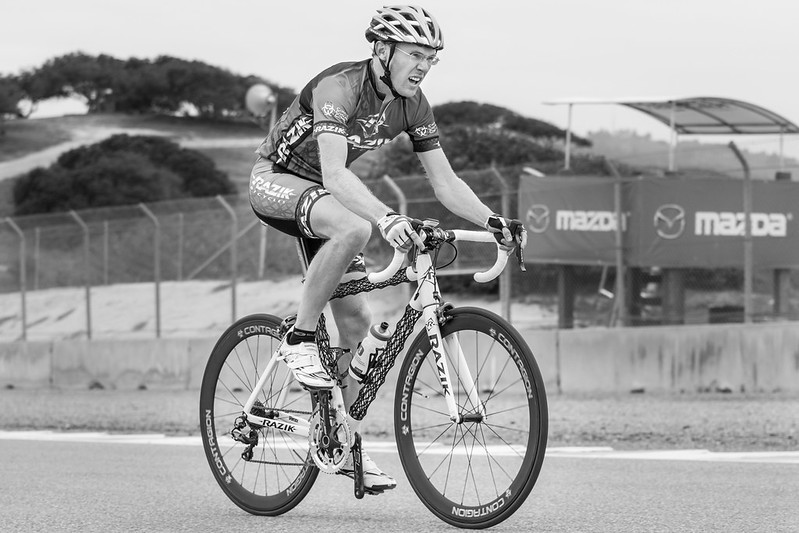 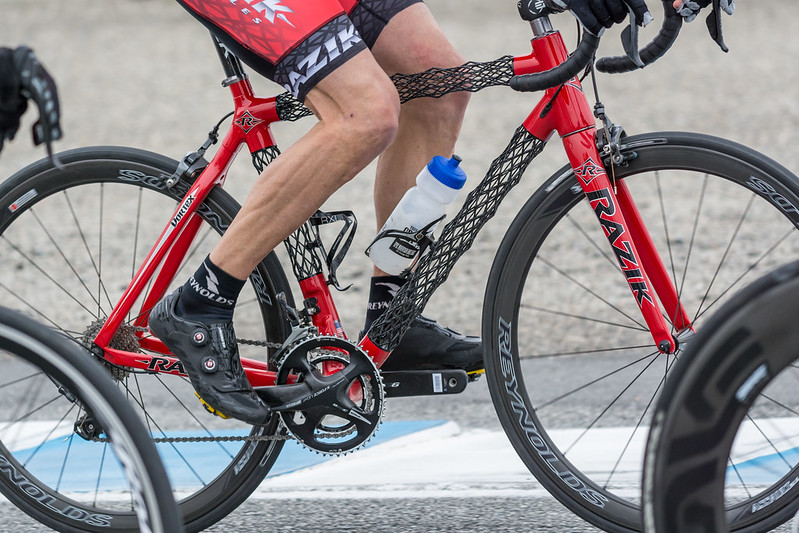 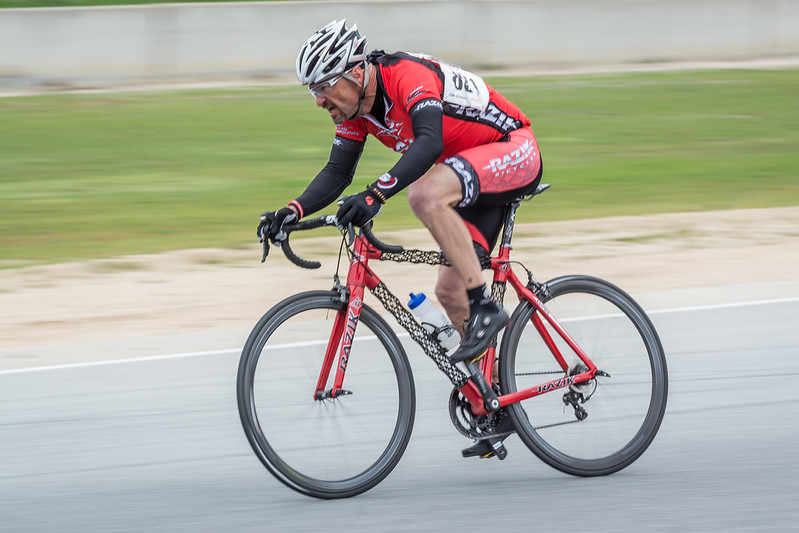 While Jason and I were out on the road course yesterday waiting for the race to come by, he mentioned something about wishing we had a cowbell to ring when Geoff rode by.

30 seconds later he was shaking his phone back and forth ringing it like a cowbell.  Awesome. 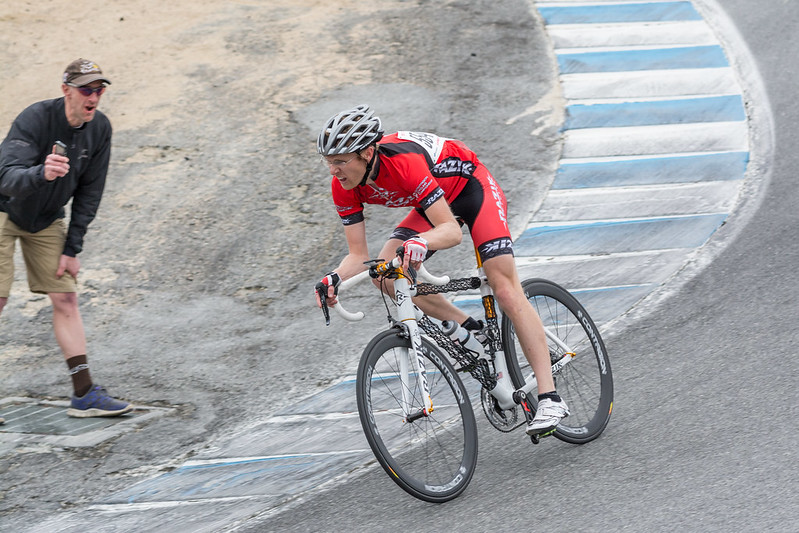 In case you haven’t noticed, the Razik frames have quite the unique look to them. It’s actually very cool technology – a tube is created out of a single continuous carbon thread that is wound in a specific pattern and then baked in an oven. It’s very light, and very strong, and looks like a futuristic spiderweb. Talk about head-turning machines!

We would periodically take a couple of bikes and wheel them around the expo area. One person would do a double-take, then stop, then others would wonder what they were looking at, and so on. It was a great snowball effect, and we had endless crowds lifting the bikes off the ground, snapping photos with their phones, and asking all kinds of questions. It was a lot of fun! 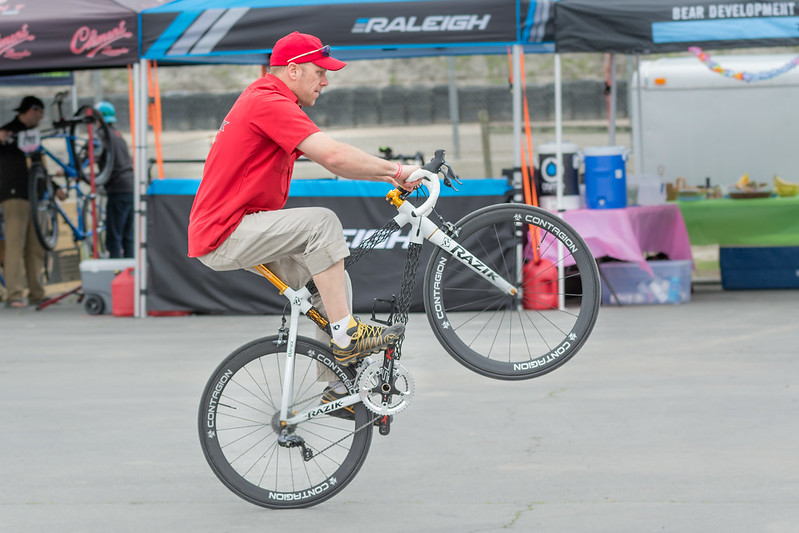 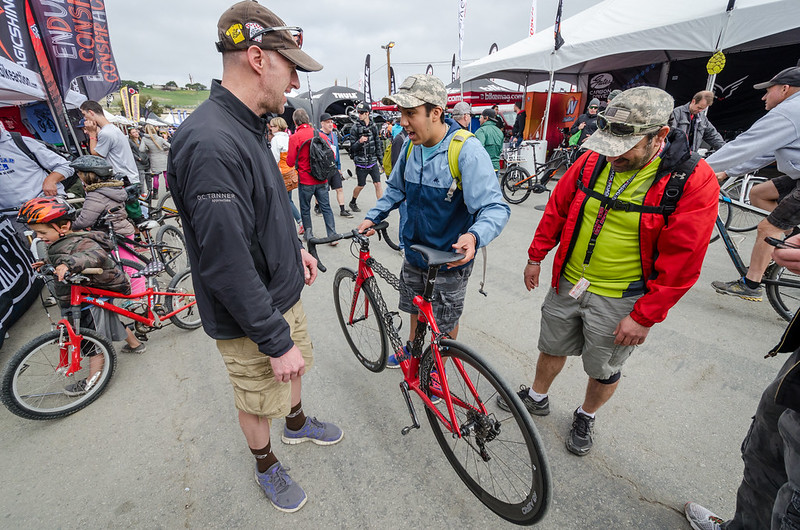 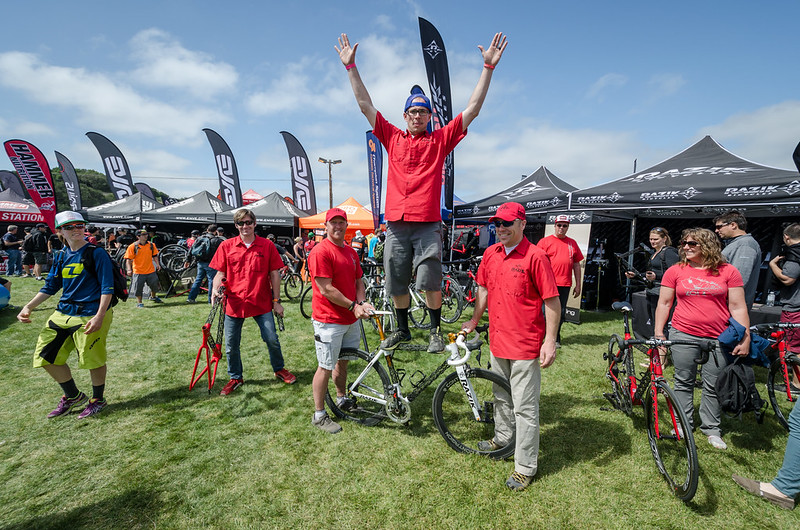 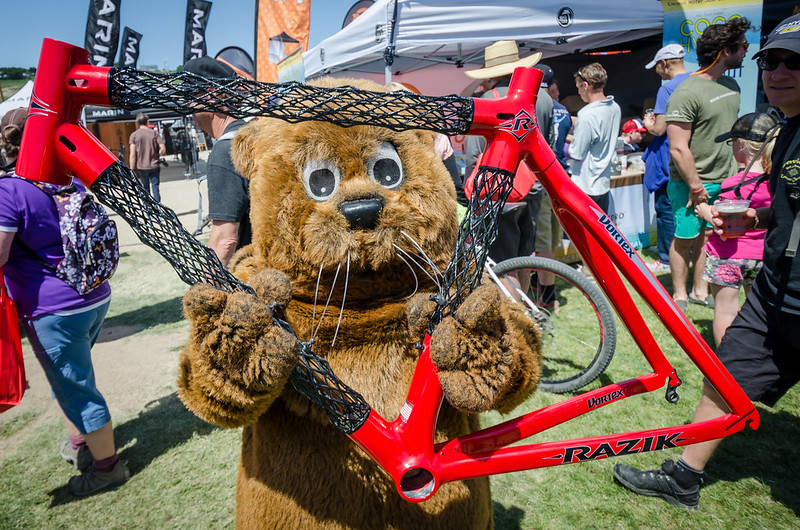 The main event for the day was Jason’s 47 mile road race in the early afternoon. I had the locations dialed in by now, and life was good. I paid close attention to my watch, and the race was right on 20 minute lap times which made it easy to get ready for the next approach.

He rode like a champ on his 3rd straight day of hard racing, and I was super pleased to see him finish off the week in style. 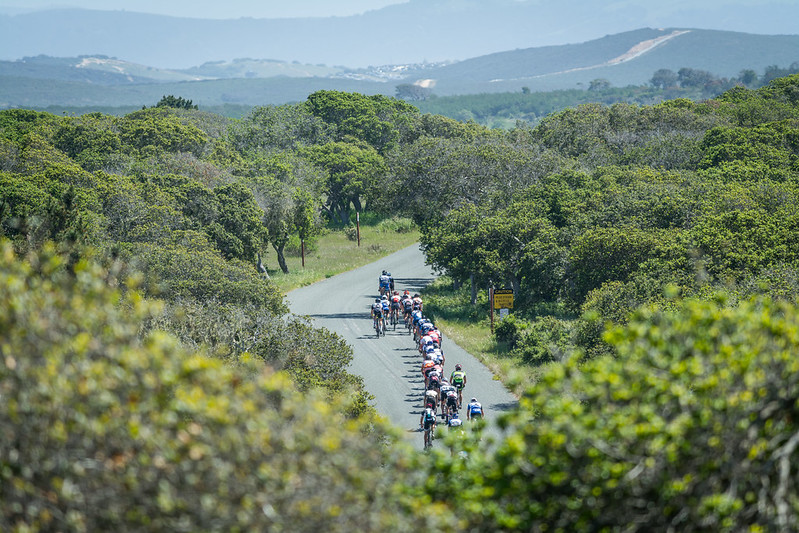 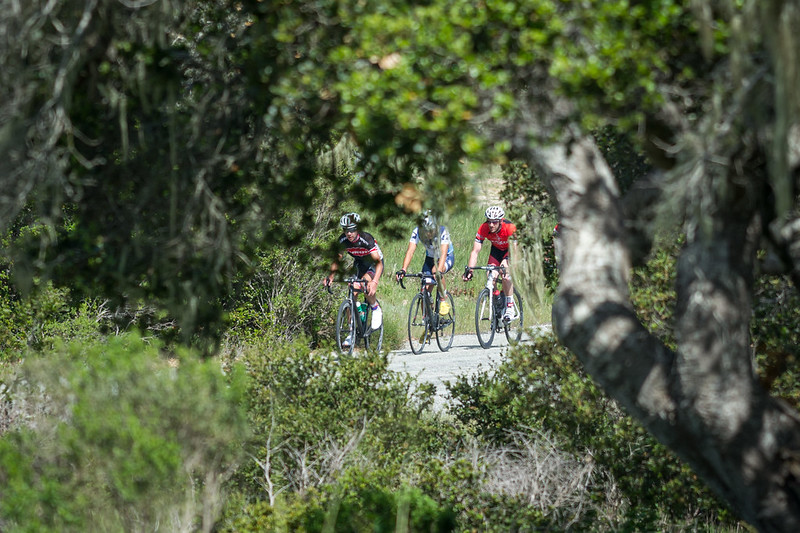 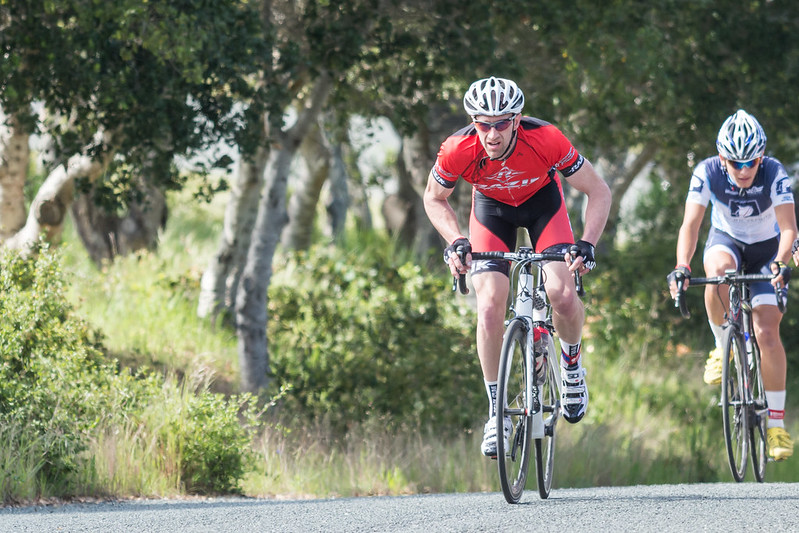 I also managed to grab a shot of a rider on the Colorado-based Volo team. Hard to miss that kit! 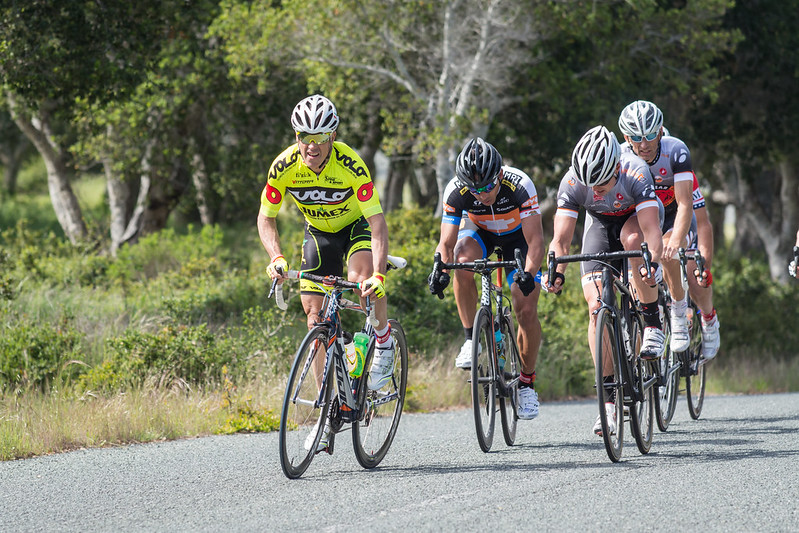 The final event for me was the cyclocross race in the evening. Cross is normally a late fall and winter time event, with mud and snow being the signature features. This was more of a short-track race on cross bikes, or on a fat bike as one guy demonstrated. BTW, fat bikes were everywhere at the expo – they are going to be huge in 2014! 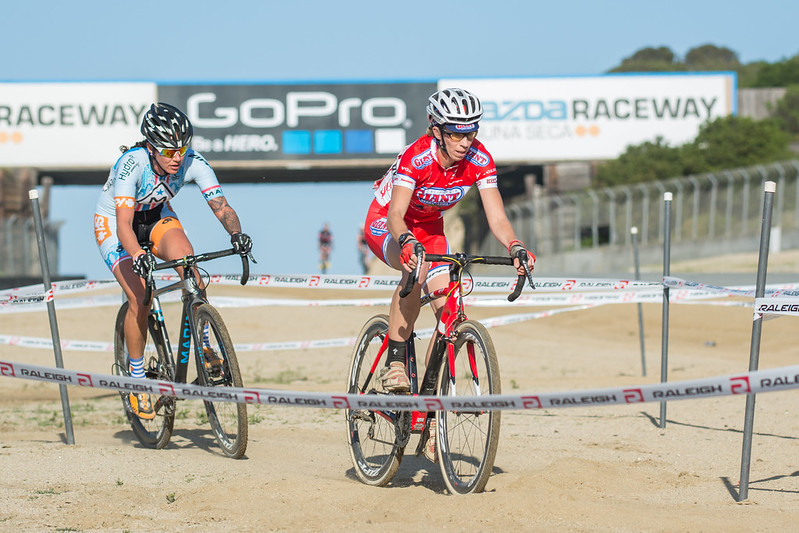 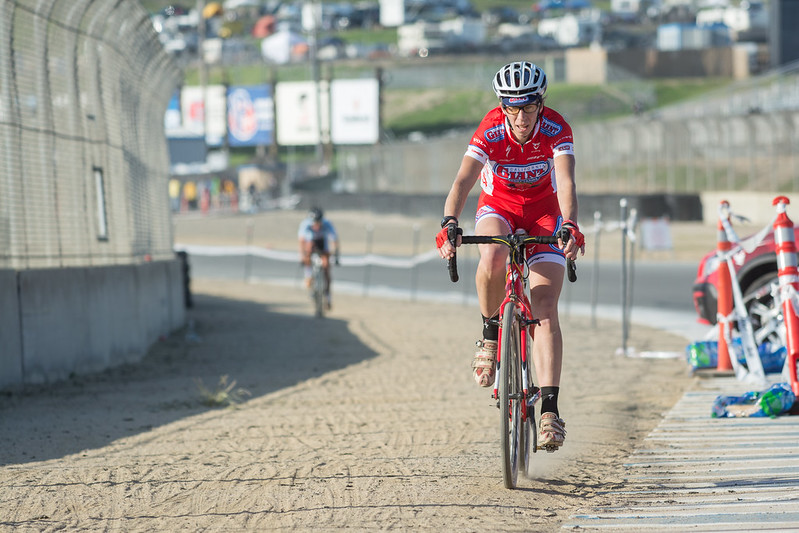 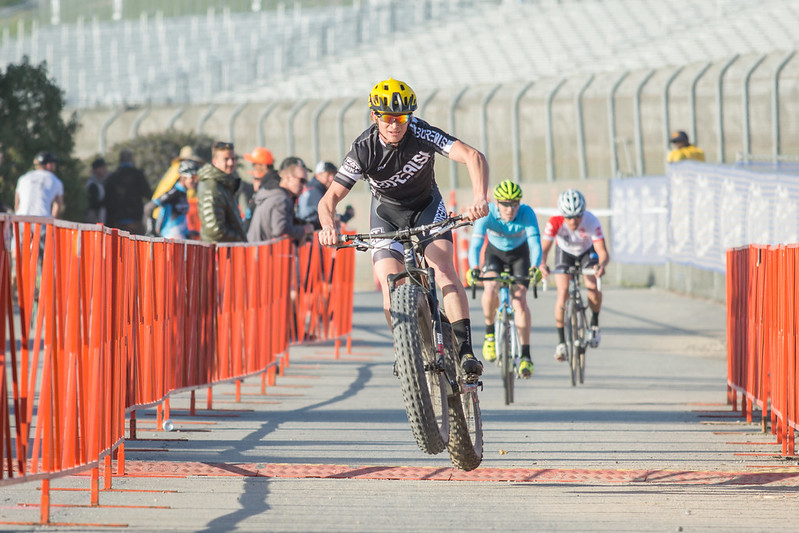 After dinner we took the bikes up on the closed dual slalom course for a little Razik Rodeo shenannigans.  It was a great way to wrap up the trip! 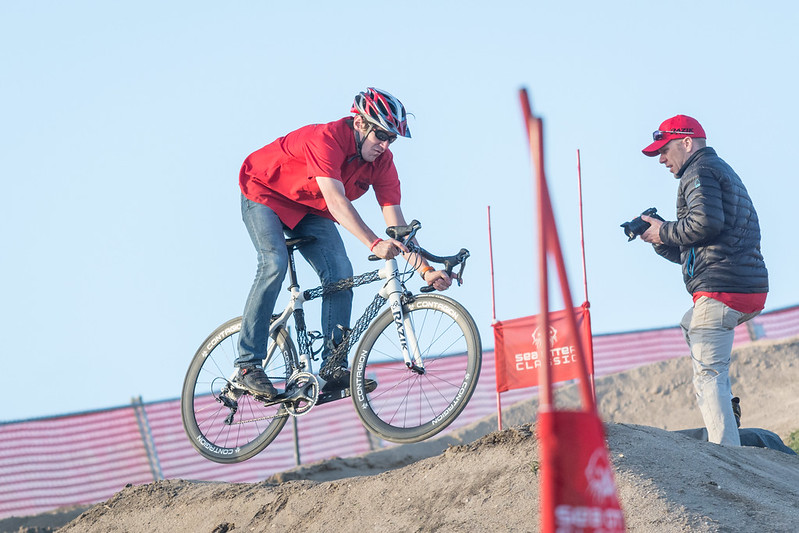 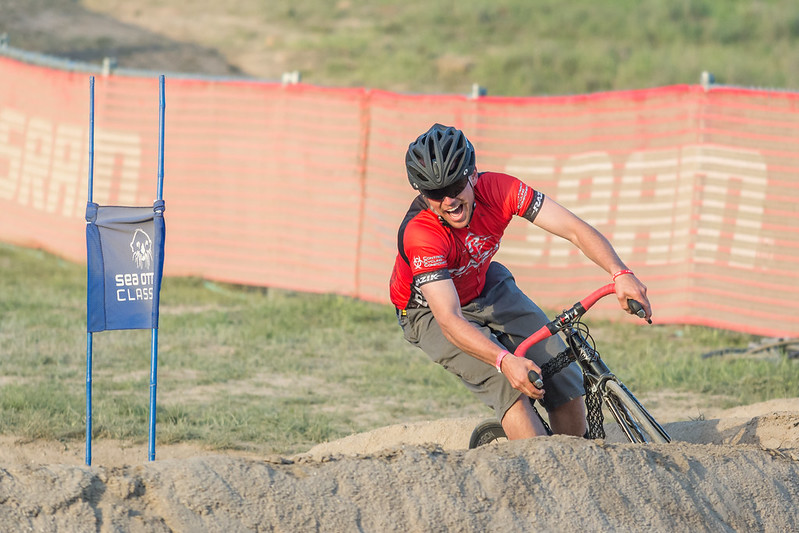 I finished up the last of my edits for Team Novo Nordisk and delivered the day’s shots.  They seemed to be a great hit! 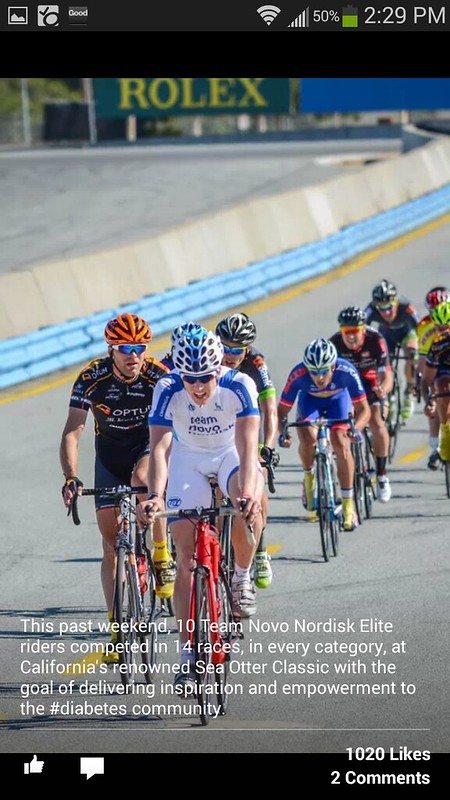 My favorite shot of the week is this one from my brother’s camera using a timer and sitting on the back of the tailgate.  A great crew of hard working and talented guys living the dream.  I wish them all the success in the world and can’t wait to work together again. 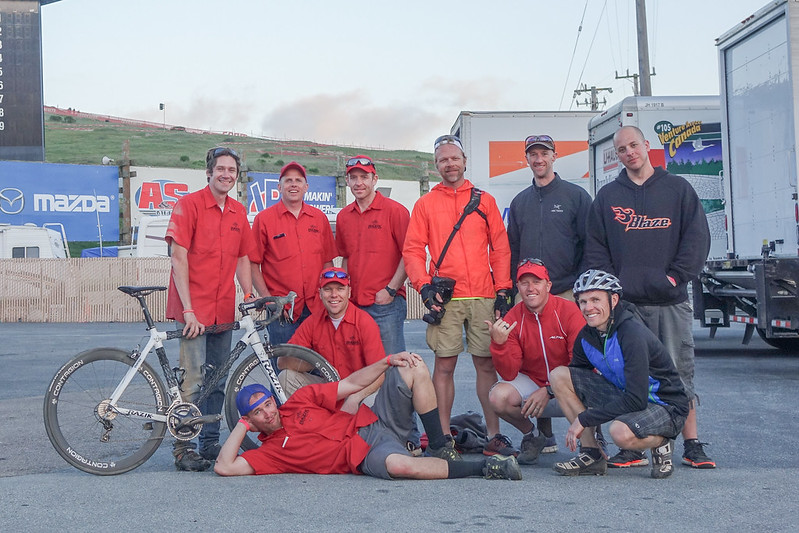 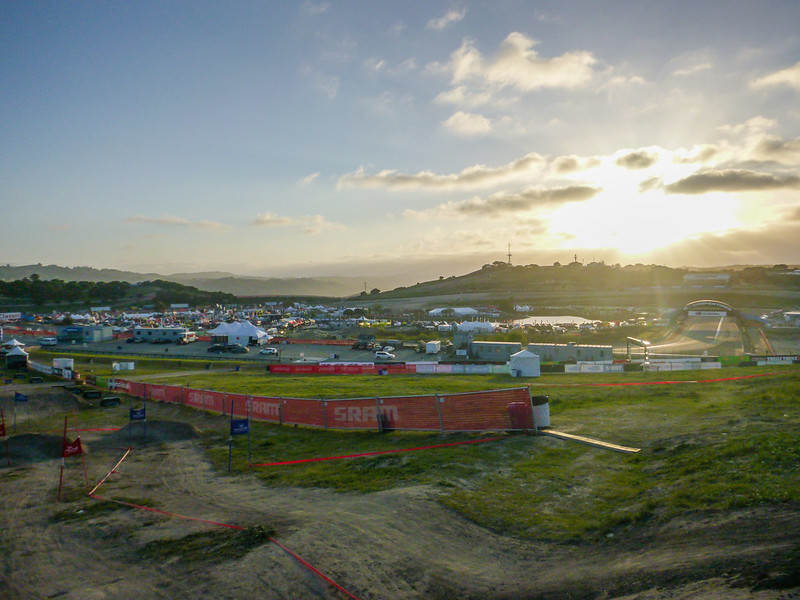 Posted on April 25, 2014, in bike, photography, race. Bookmark the permalink. Leave a comment.