Everyone loves the idea of success but few love the work it takes to get there. Passionately pursue the process and fall in love with the grind, success will follow.

Not quite as catchy as embrace the suck, but I do like the message – fall in love with the grind.  I thought of that several times this week when I was tired and not looking forward to another mile.

That’s more like it. A very good rebound run after a poor weekend showing. This has to be one of my favorite types of training run. A warmup, a strong and controlled tempo, and a cool down.

Ran by the biggest swarm of bees I have ever seen. I heard them long before I saw them.

Up early (4:45) to try and capture the sunrise.  Mixed results on the photo.  Easy 8 at the Boneyard.

Busy weekend coming up, so I decided to do my long run on Wednesday evening.  I ran on the East/West trail and didn’t feel great, but not bad.

After about 5 miles I came up on this guy (Mom, you should probably skip this part…) 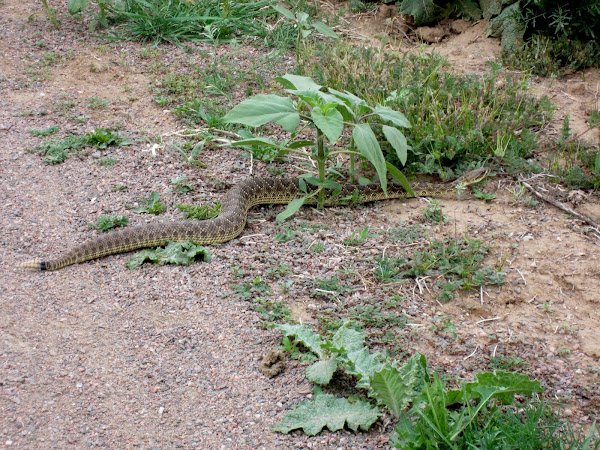 I wasn’t worried about getting around it, but wanted to get it off the trail so it wouldn’t cause any trouble for someone else.  I had the bright idea to kick a few pebbles at it to see if that would hurry it up. 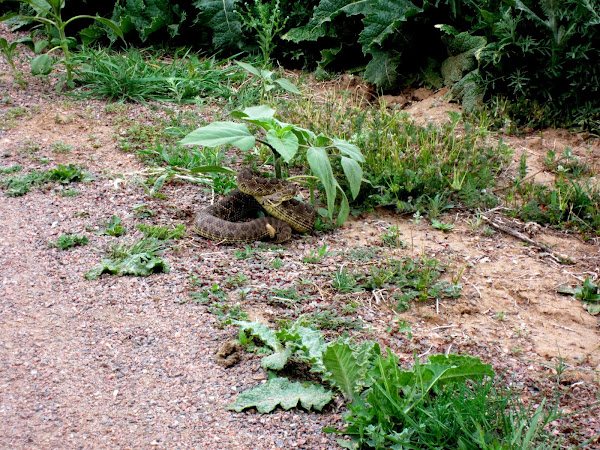 Yeah.  That worked out.

That thing was super onery.  I’ve seen them coil up and get in a strike position before, but this one raised up super high.

It was perfectly hidden from view, especially for someone coming in the downhill direction.  It would have been impossible to see under that leafy plant, and it was facing the trail and just a wee bit agitated.  All because of me. 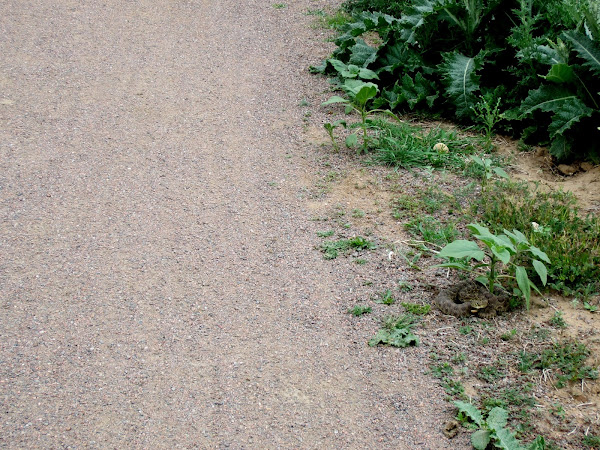 So I couldn’t just trot off and leave it there.

I backed off quite a bit in an effort to let it calm down.  During that time a guy came running up the trail from the same direction I had come from.

With repeated gesturing, due to the earbuds I could hear from 50 feet away, I flagged him down and got him to stop so I could warn him about the snake.  Well, stop is more of a figurative term here.  He continued to jog in place, earbuds blasting, while I pointed down the trail.  It took 3-4 tries to get him to realize what I was saying and notice where the snake was.  When he spotted it (I’m still not really sure if he ever did), he mumblegrunted something and took off through the weeds on the opposite side of the trail.  Leaving me there shaking my head. 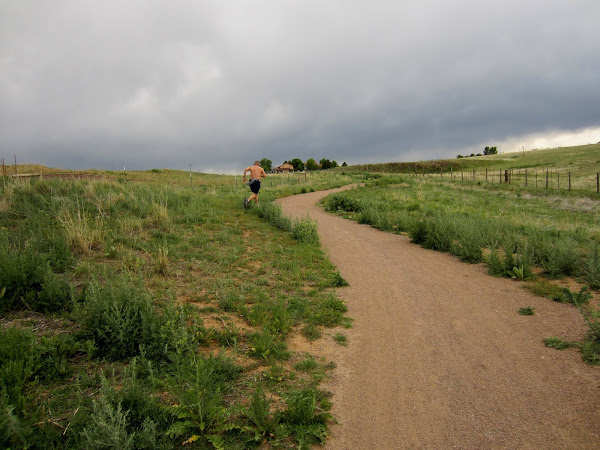 He did turn and yell thanks once he was clear.

I was hoping he would help me fix the situation and not just take off.

I gave it a few more minutes and then was able to approach quietly without setting it off again.  I tried aiming a little squirt from my water bottle right next to its body – and it worked!  It started to uncoil and so I gave it two more shots and got it moving in the direction I wanted.  Now I’m a snake-herder.  I’ve tried the water bottle thing before without success, so I was glad to see it work this time.

Sorry to upset you, but glad to see you move on.

I felt bad for this little guy hanging out about 20 feet away. 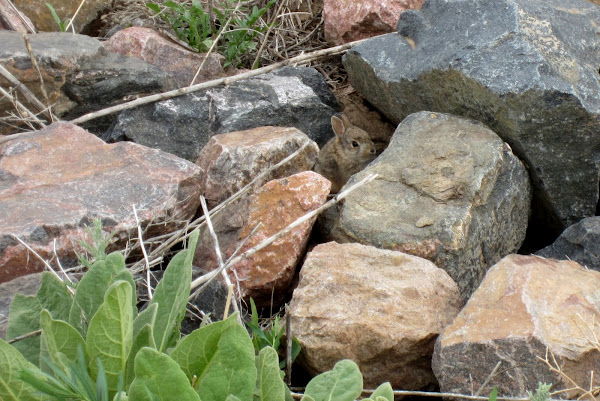 The rest of the run was decent.  I got rained on a few times, but ran at a steady cruise and finished in just under 3 hours. 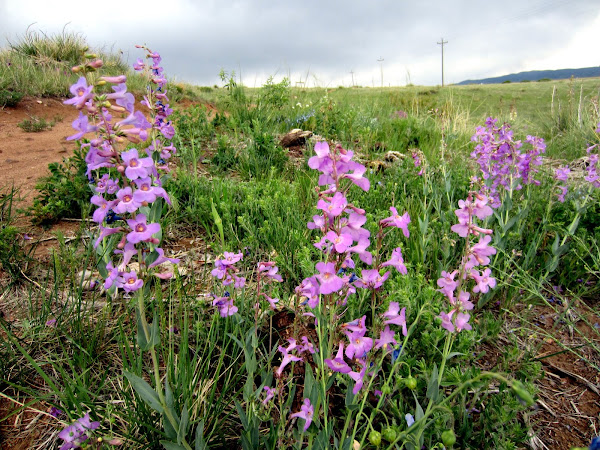 Very tired.  Hit a 2-year low on the scale today.  Felt very bonky and fuzzy-headed for the first two miles, then got better.

Spent the evening marking the course for tomorrow’s Rox Trot.

Showed up a couple hours early to run the full 10k course and check on all the markings.  Cleared dozens of pine cones and rocks off the path from the recent rain.  Weather was bad and getting worse.  Thankfully we pulled off a successful event and everyone survived.  I raced the 10k and finished first. 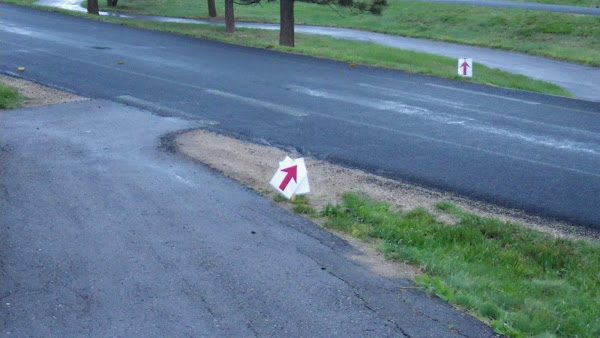 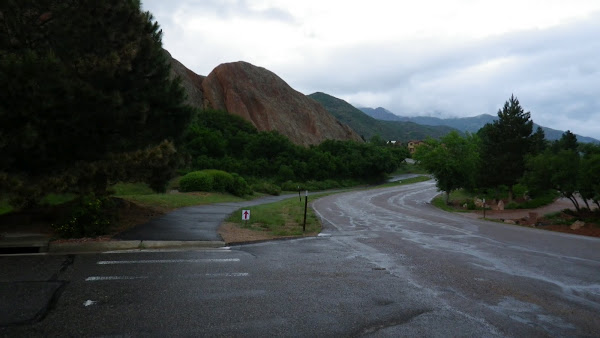 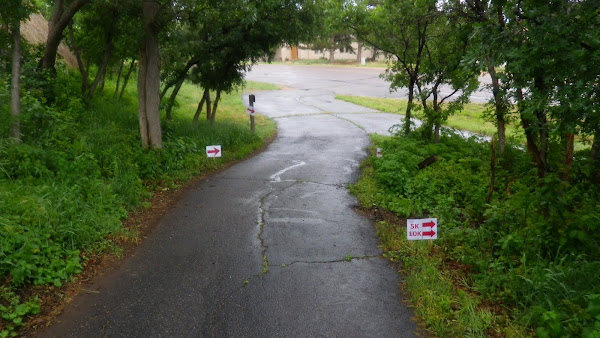 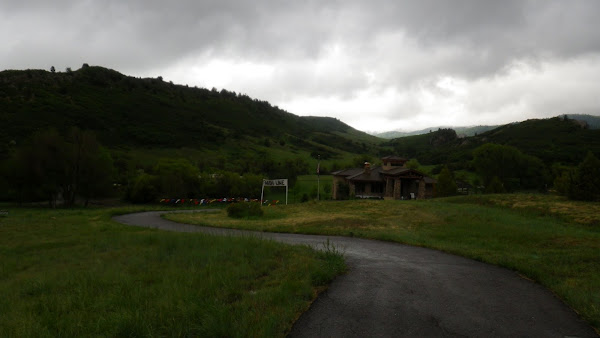