I won’t be anywhere near caught up with this post (Leadville report, anyone?), but I gotta oil this blog up and get some content flowing again.

After doing the Leadville 100, Little Grand Canyon marathon, and the Bear Chase 50 miler in a six week span, my legs were crushed. I’ve been able to pull off similar stunts in the past without too much bother, but this year I am operating on a very thin base of training. I was holding out hope until the very last minute to hop into the new Indian Creek Fifties (50k, 50 mile) because it was taking place just a few miles from my house on trails that I have run on frequently. The legs said NO.

They are coming around, though. After taking most of October off, I am back to regular training again and finally starting to feel a bit better.

I hit Waterton Canyon last week for my long run (17 mi) and spent half an hour at the top watching some rams battle for control of the herd. It was awesome! Because there is construction going on in the canyon, it is only open on the weekends right now. There just happened to be this big 6′ tall concrete junction box on the opposite side of the road from these guys and I was able to hop on it and have a front row seat to the action. 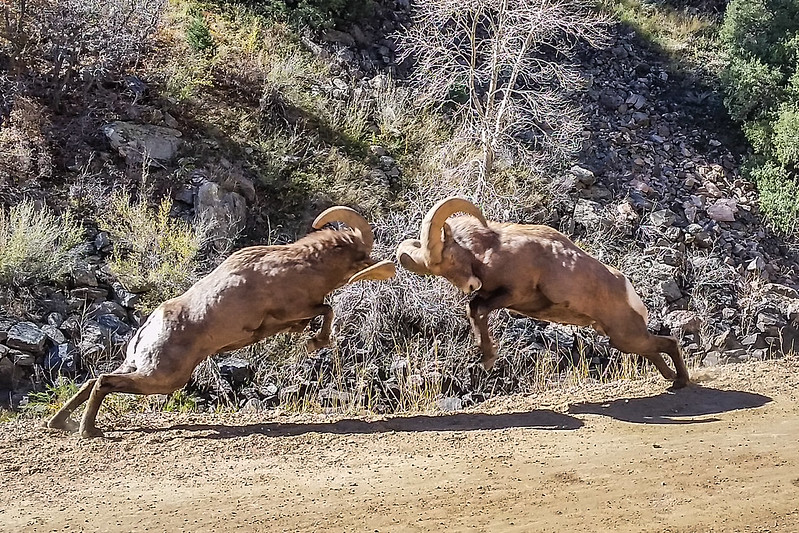 Image quality is crap because it was just my cell phone, but the the timing could not have been any better. Love the power evident in their hind legs.

That turned out to be my most liked photo I have ever posted in 5+ years on Facebook. Just goes to show that all of that $$$ camera gear I have doesn’t mean squat when stacked up against an image that draws a true emotional response from the viewer.

Then poof, October was gone. It was even a tame Halloween for us. Nothing to extravagant on the costume side of things, but the girls had fun. 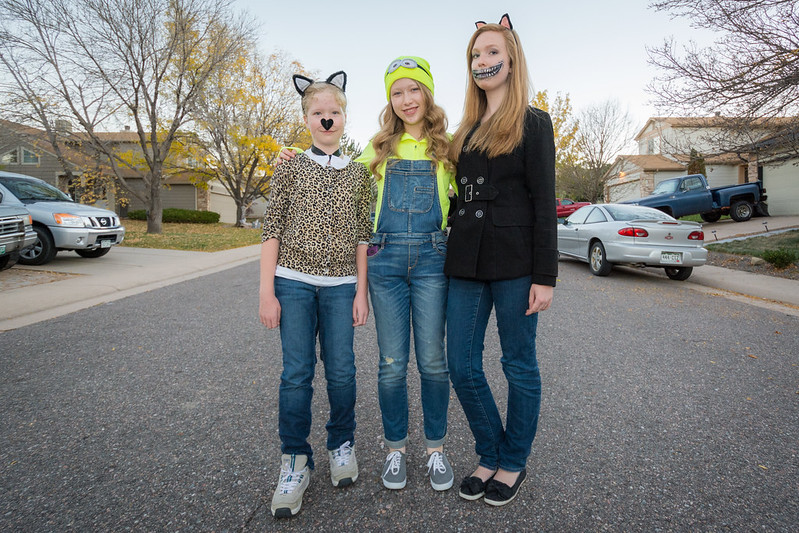 A couple of my cycling team buds from a previous life were running the ICF race and I wanted to try and get up on the course to see them. I debated whether or not to haul the big camera along, but finally decided to just take the point and shoot and enjoy the run. To my great surprise, when I rolled out my front door early in the morning, my legs actually felt good! It has been too long.

As I headed up Waterton I took a photo – and saw the dreaded message on the back of the camera. No memory card inserted… Oops. Rookie. I’d be limited to just the few shots it could store on the internal memory. I don’t look very happy, and I probably wasn’t with that news, but I was still having a good time rolling along to Thirty Seconds to Mars thumping in my ears. I must have hit repeat 40 times on “Do or Die”. Check it out if you want an awesome running song. 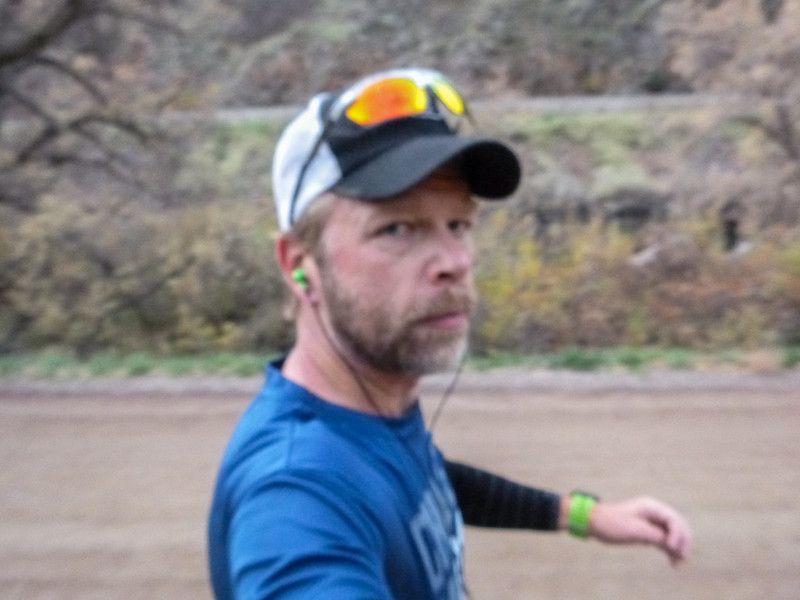 Just past the dam I ran into Brad and the crew (Stuart, Robbie, and Terry) setting up the Steven’s Gulch aid station for the race. I thought I would have 20 minutes or so to goof off as I waited for my buds Luke and JP to roll through. I jumped in and started helping with the setup and the 50k leaders came flying in before we were quite open for business. Wow, the race was on now! 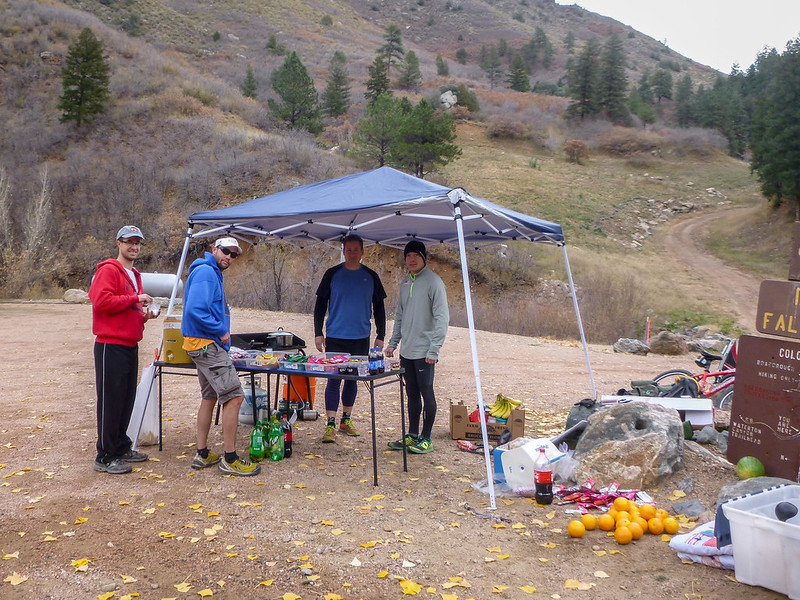 All my previous thoughts of jogging around the course for a while went out the window. I started running up the hill that dropped runners into the aid station and grabbing bottles to refill. I’d sprint back to the aid station and in many cases have them topped off and ready for the runner when they came in. That was fun. I just left the Garmin running and accumulated 4 miles worth of hill repeats (miles 8-12 below). Good training.

I had a ton of yard work waiting for me, so had to break it off after a couple of hours and get back home. Really enjoyed it, and much respect to the real volunteers that put in a massive day up there. Luke won the 50 mile and JP did awesome in his first ultra. Totally blew me away by how comfortable he looked coming into mile 20.

I got work to do, but I’m eager to get back at it.

Topped the day off with an evening dog walk. It’s just a duck, but man that light was sweet. 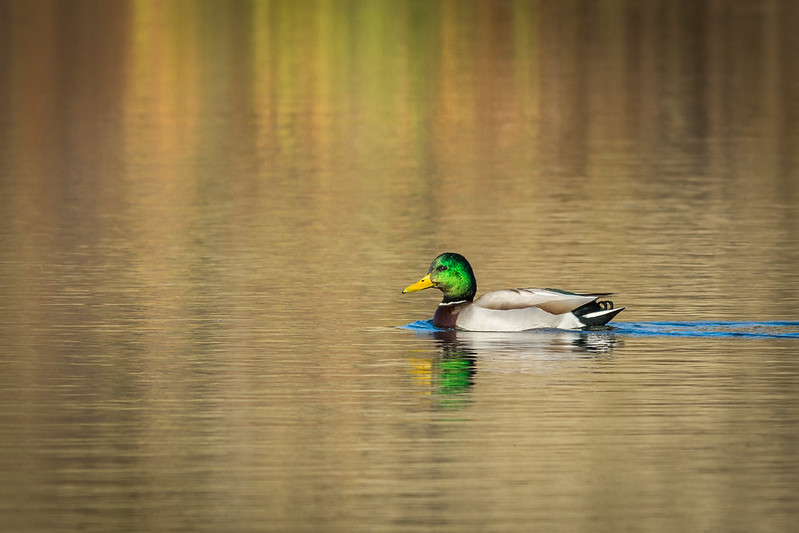 Posted on November 2, 2014, in Uncategorized. Bookmark the permalink. Leave a comment.