About the only thing I would dislike more than writing a report about how I dropped from a race would be writing a report describing how I didn’t even start the race because I was fearful that I might not finish.

I knew going into this one that there was a better than even chance of me not finishing. The only thing I hate worse than a DNF (Did Not Finish) is a DNS (Did Not Start), so rather than take a pass on the race I showed up to give it a shot. I was determined to enjoy myself and use this as a stepping-stone for the rest of the year.

Training was going well when I signed up for this race a few months ago, but since then it had been far less than I would have liked. Competing priorities filled my free time and running got bumped a few rungs down the ladder. I maintained good consistency, but just never got to a good level of weekly volume and long runs.

I had already paid for the race, arranged for time off, and had done some training – even the idea of chalking up a DNF was not enough to keep me away from spending the day running around the island.

Part of the fun for me is the drive. It’s nice to get a little taste of a road trip without driving so far that it becomes a chore. I listened to audiobooks and made several stops to take photos along the way.  The high plains of Wyoming can be boring to many, but there is plenty to see if you look around. 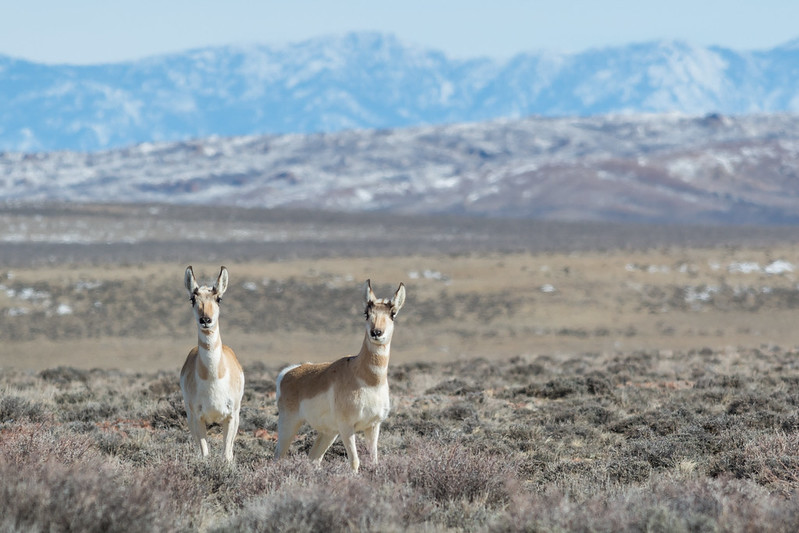 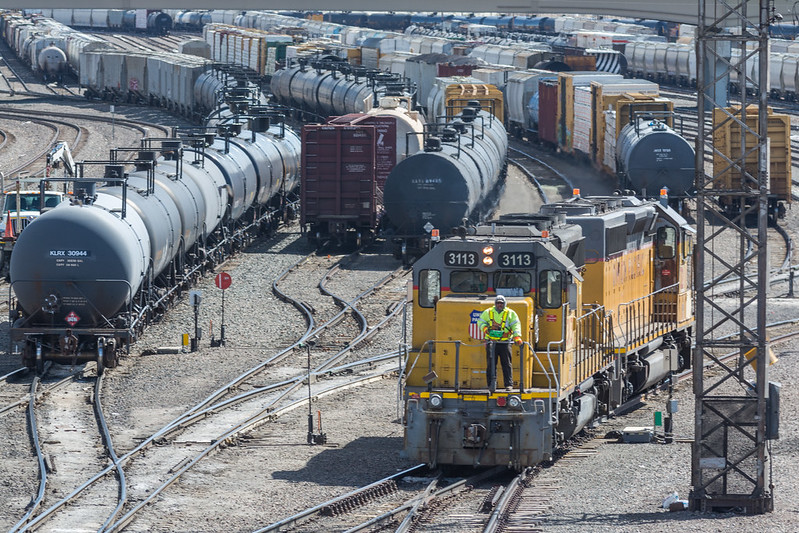 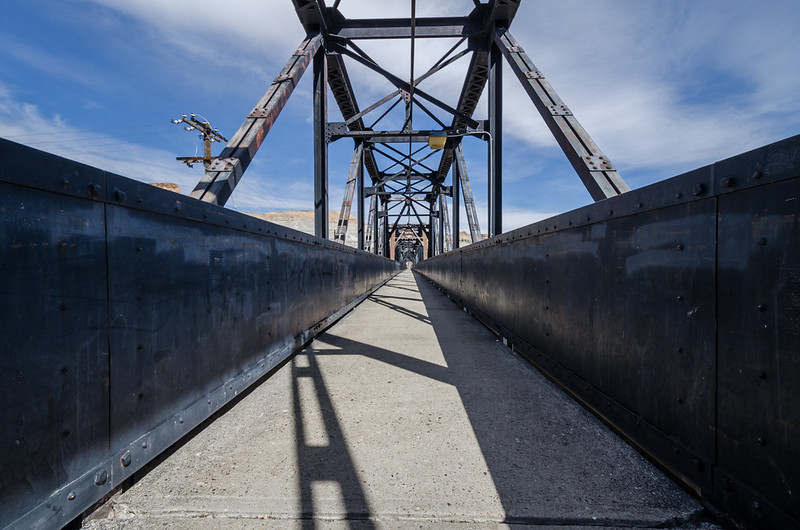 After I picked up my race packet and checked into the hotel, I headed out to the shoreline of the Great Salt Lake and spent an hour hiking along a path and taking a few more photos. 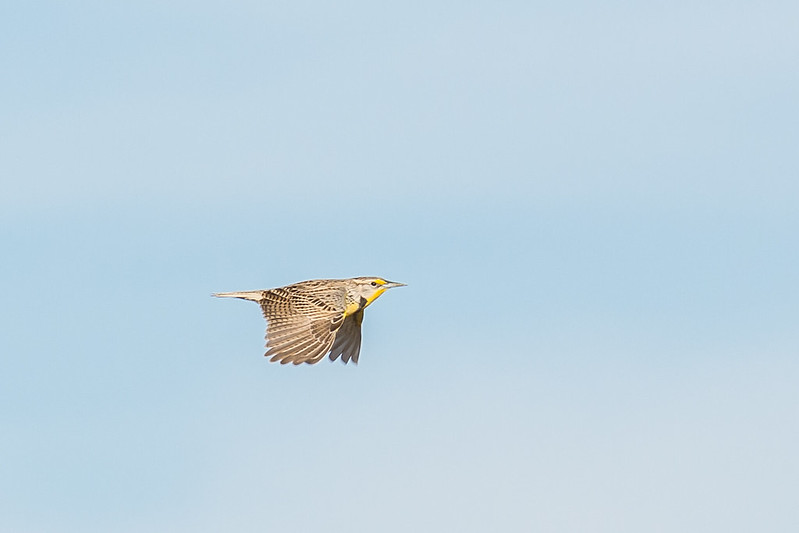 On race morning (the race starts @ noon), I roamed the island for a little while and tried to relax. I shot this panorama from a viewpoint overlooking the race start/finish area. The flat area to the left would be packed with cars by this time tomorrow. 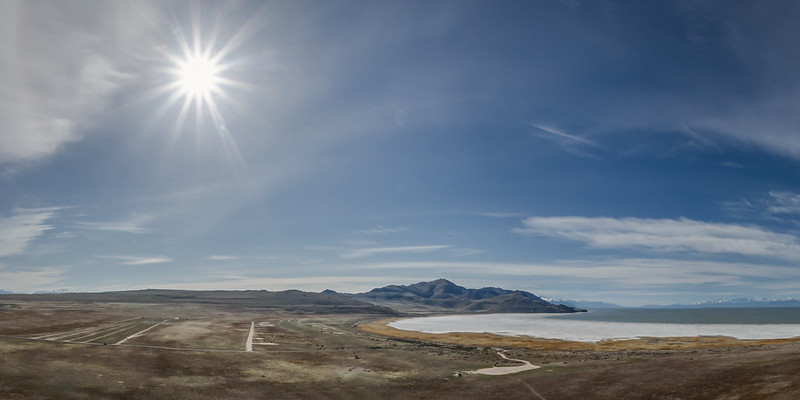 Once I made my way to race headquarters on the island, I knew I had made the right call in showing up. It was great to see so many friends and I decided no matter what happened race-wise, I was not going to spend my time all self-absorbed and feeling sorry. Been there, done that… 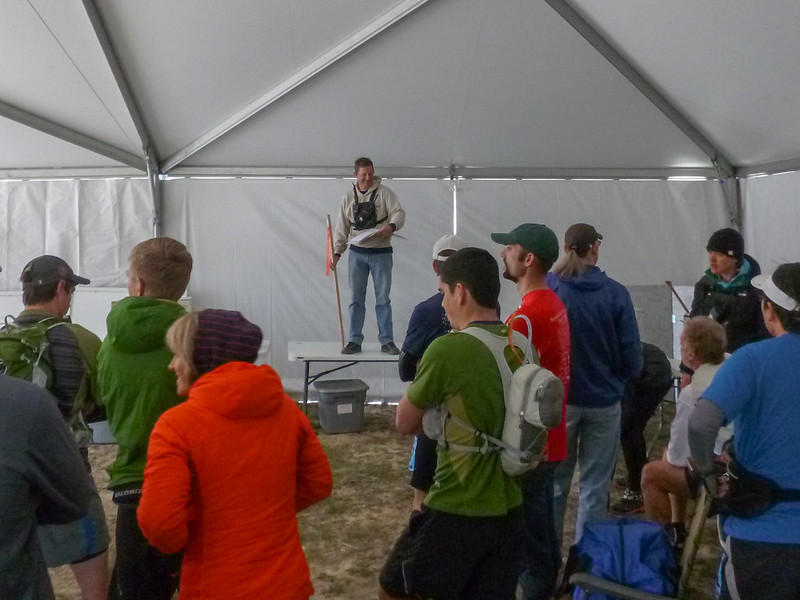 I hung around after the start to make sure I was the absolute last one over the line. I wanted to take my time and give myself a big wakeup call that I was not in race mode. I have a hard time adhering to my plans of holding back even when I am in lousy shape, so I was hoping this move would hammer home the point into my thick skull. 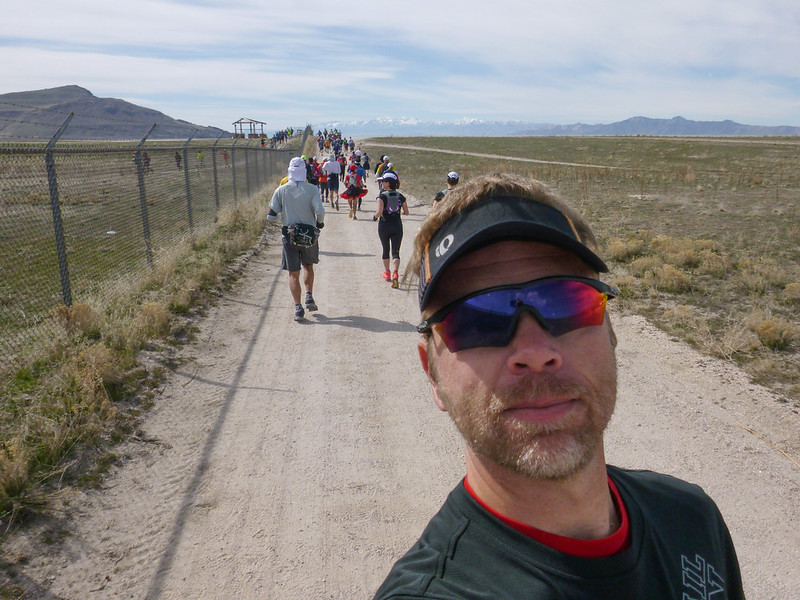 The first 20 miles were a lot of fun. I jogged along, hiked a bit, took plenty of photos, and generally had a good time enjoying the awesome good fortune of being able to run around all day long on a Friday afternoon. A time when I would normally be sitting in a cubicle. 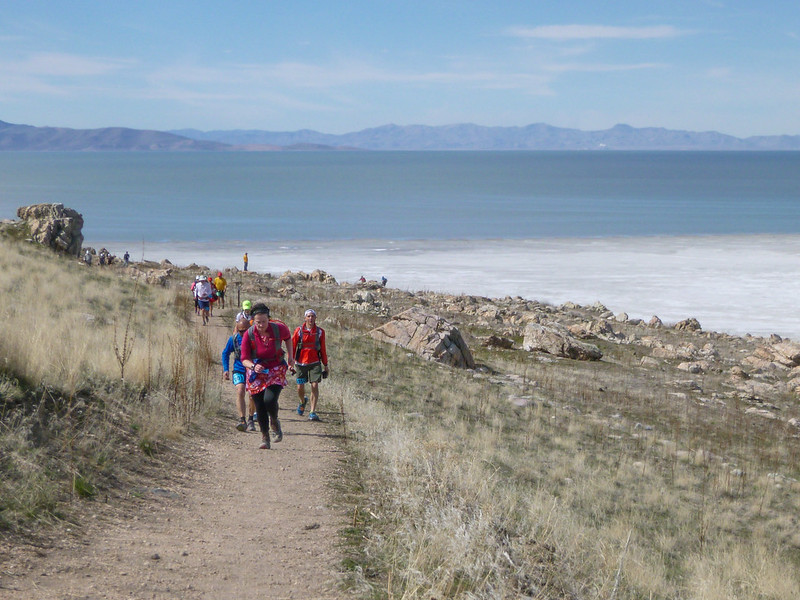 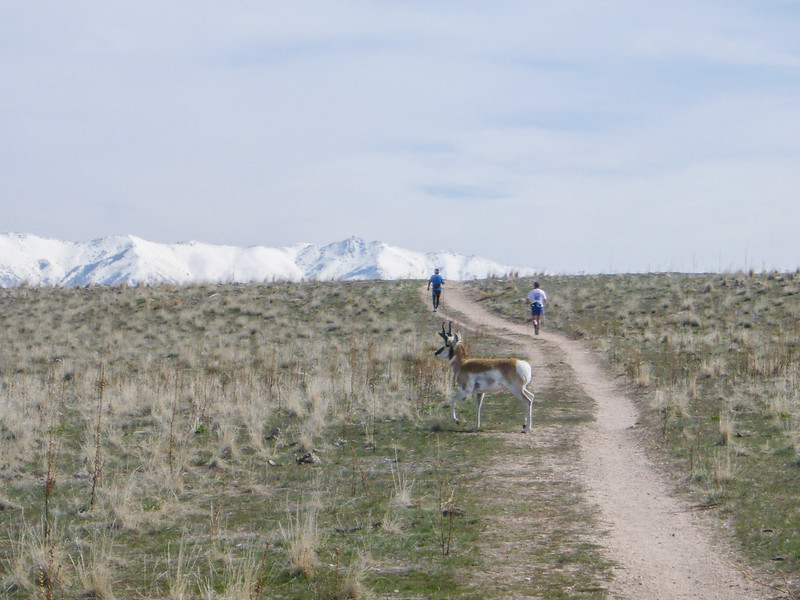 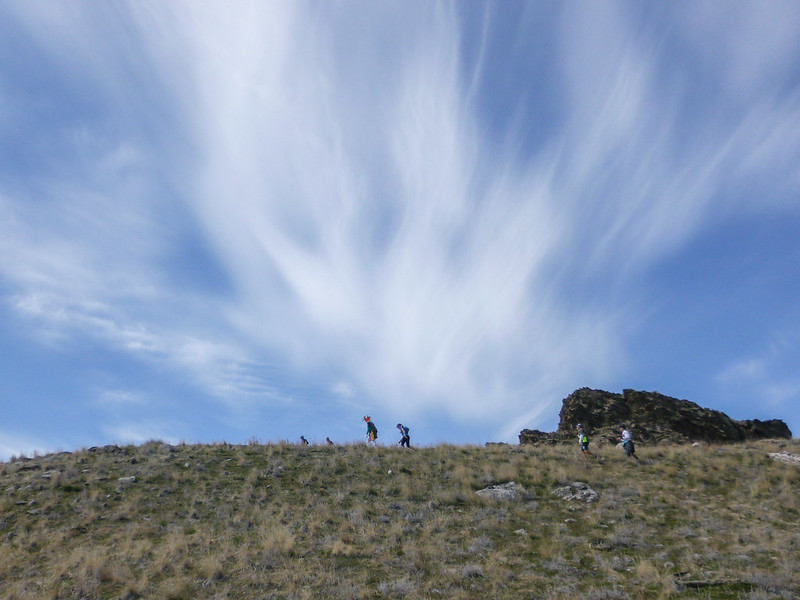 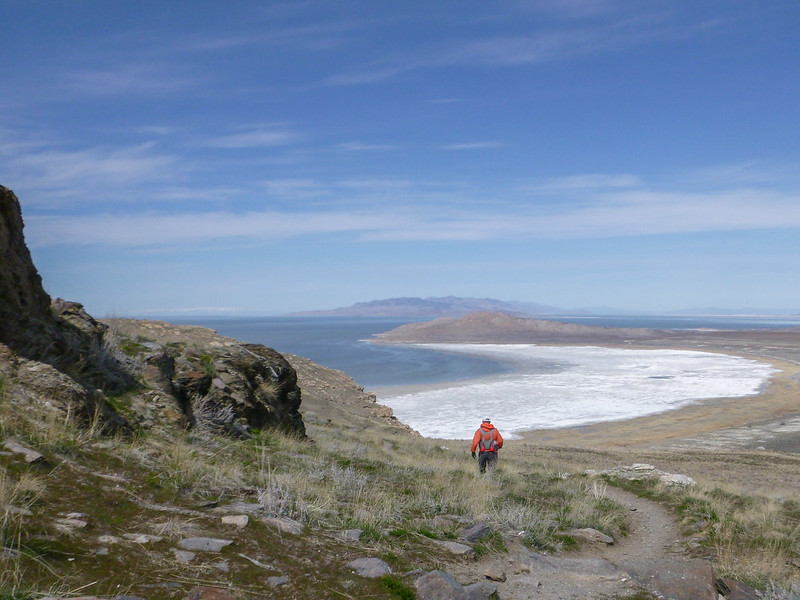 Miles 20 to 50 were not as much fun. I got caught up in trying to run a little faster than I should have been, and inevitably started to unravel. Navigating around a large herd of bison was a fun distraction, though. 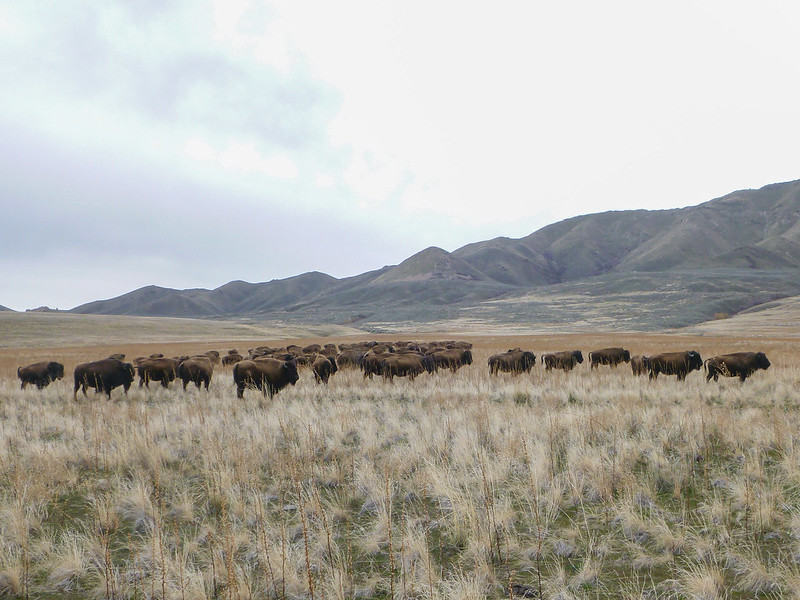 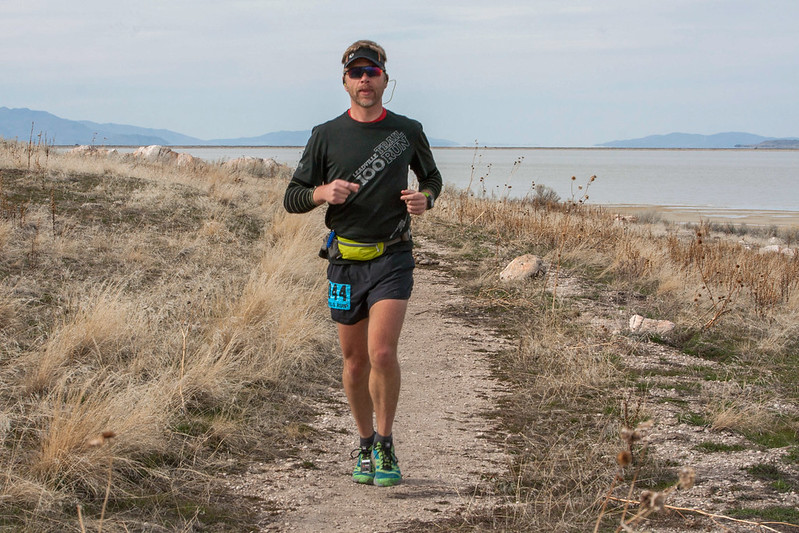 I contemplated dropping out at mile 50 when you come back through the start/finish area, and that had been one of my possible plans going into the race (just run the first 50 and drop). I decided I still had a little life left in me, and took my time reloading my pack for the next 20 miles.

I wish I could report that I made some miraculous recovery, or that I gutted it out to the bitter end. Nope. I shuffled along for several miles and could tell that I was done. I’d save that fight for another time.  69.5 was enough for now.

After a few hours sleep in the front seat of the car with the heater on full blast, I made my way around the course to pick up my drop bags and spectated a little bit of the 50 mile race that had started earlier in the morning. Scott J. crushed that event – again. 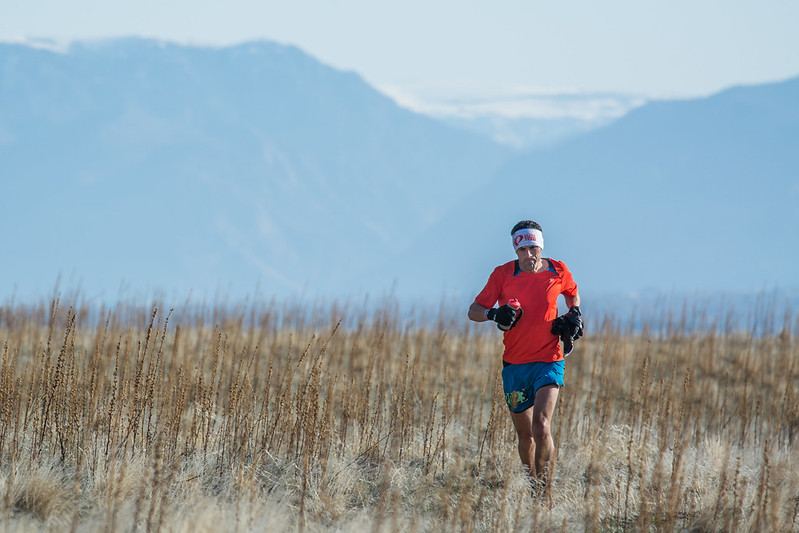 Huge thanks to Jim for putting on such a great event every year, and for the many volunteers that took such good care of us runners. Staying up all night in the cold temps to keep track of us and tend to our needs. See you next year!