Time to head home.  We planned a route that would take us back through Custer State Park since our pass was still valid.  One last trip over the Wildlife Loop. 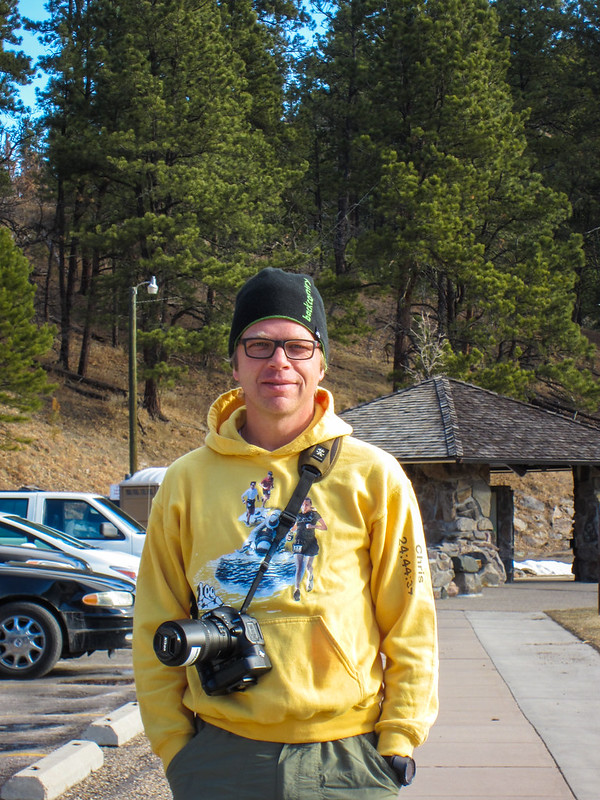 We met up with the pronghorn again, and I was able to get even closer this time.  What a cool animal.  I have always called them pronghorn antelope, but after doing a little research I discovered they are NOT antelope.  Go figure.  It is the only surviving species of a family that included 12 different varieties, and is the fastest land animal in the western hemisphere. 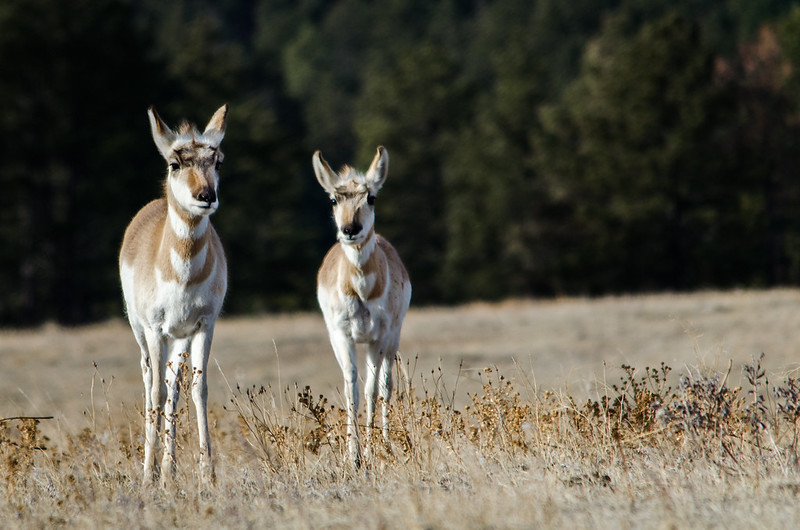 The African cheetah is the fastest over short distances, but the pronghorn can flat-out haul all kinds of ass over any significant distance.  According to Wikipedia, they can sustain 42 mph for a whole mile!  With a 35 mph rating over 4 miles, I’d calculate that they could finish your local 5k race in around five minutes and fifteen seconds.  Wow.

Pronghorn are very poor jumpers, though.  Fences have a large impact on their range, and they often go under them if possible.  If you see a 3-4 strand barbed wire fence and the bottom wire is barbless, now you know why.  That is a newer standard being adopted to facilitate pronghorn passage. 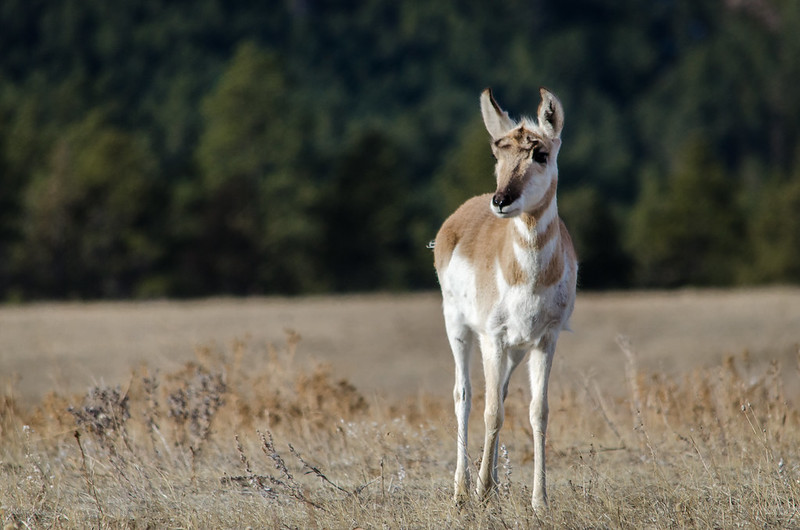 They have also been observed to have a maximum stride length of 24 feet.  That is covering some serious ground!

Things got interesting when we spotted the wild burros (LJ thought we were going to check out some wild ‘burrows’…).  They are notorious beggars, and emerged from the woods like a herd of zombie animals with a serious case of the munchies.

The Custer State Park burros are feral. They were introduced into the area by humans and have reverted to a wild or semi-wild state. Specifically, the park’s donkey squad descends from pack animals once used for treks to the Harney Peak summit. Now naturalized, they often pander for food from park tourists in places like the Wildlife Loop Road, sometimes causing traffic jams. Such is their boldness that they are often referred to as the “begging burros.”

The variety of colors and patterns was super cool.

They are not shy.

Once they got a taste of the road salt on our van it was game over.  They licked it top to bottom and left the windows so smudged we could hardly see through them.  I wish I would have thought to shoot video, everyone was freaking out and squealing. It was a better show inside the van than outside! 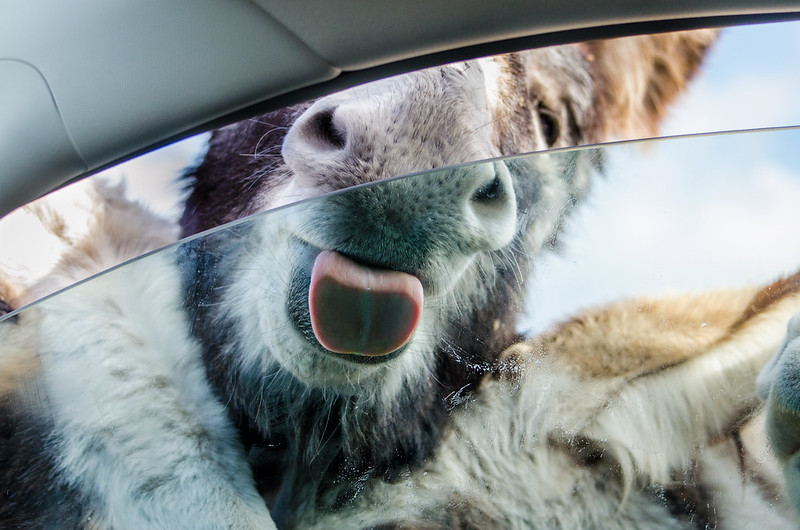 What a great way to wrap up a memorable trip. It was an unexpected journey to a place we’d never been, and I would go back in a heartbeat.

Posted on March 15, 2013, in family, photography. Bookmark the permalink. 2 Comments.