My running mojo meter registered an eleven this week.  Probably the best week of the year for me in terms of training and racing.  I made the most of a business trip to Chicago and squeezed in two races over the weekend.  It was a pretty grueling schedule, as the business side of things was fairly intense, but it all worked out and I pulled it off and had a great time doing it.

I got in two workouts last week, and a final one this week to prep for the races.  Not a lot to go on, but I made the most of it and was glad to at least have gotten that much in.

Monday
Run – 5.5 miles
Terrible run. Was sprinting across the street to beat some traffic and kicked the curb very hard in my Trail Gloves.  Just missed the end of my big toe and caught it at the base. Would have been 70 yard field goal had a football been teed up.  Had to walk it off for a minute, but thankfully no long-term damage.  Lucked out there.

Run – 5.1 miles
Much better. Headlamp run. Huge lightning show – but no thunder.  Shirt off in the rain.  Just sound of my footsteps, breathing and crickets. Broken clouds revealed patches of stars. tons of spider eyes reflecting back at me.

Tuesday
Run – 10.2 miles
Good workout. Five x .5 mile intervals @ 5:55 pace. Should have gone for 8 at a little slower pace, or 3-4 a little faster, though. Fitness is key, but I’m amazed at how much technique is involved. Really had to concentrate to get the legs to spin.

Run – 3 miles
Experiment to see if doing a short/easy run in the evening helps things feel better later on after a harder run day. Legs were a little sluggish, but not sore or tight at all.

Wednesday
Run – 7 miles
Nice one. Very cool temp, only 50 degrees. I love it when an easy day is truly easy. Sometimes they can be a grind, but today was a cruise. I was prepared for the worst after being up since 3:30 in the morning due to work. Heart rate averaged 124.

Thursday
Run – 20 miles
Started running within about 90 minutes of landing @ O’Hare. Picked up the rental and drove down to Waterfall Glen Forest Preserve in the southern ‘burbs. Beautiful park with a 9.5 mile loop on a rolling 8’ wide crushed limestone trail.  Highly recommend this spot if you are looking to do a long run in the Chicago area.  Got in 20 miles at an easy pace.  Finished up just as it was too dark to see. 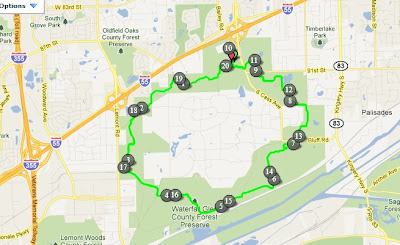 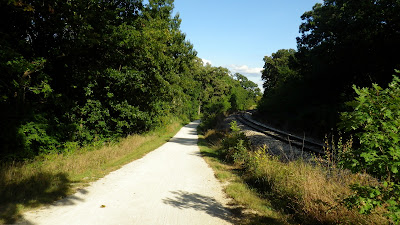 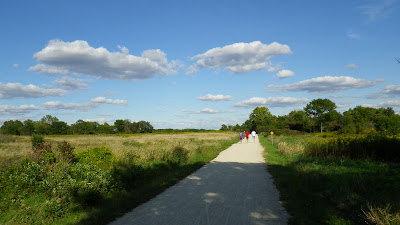 This branch stopped me in my tracks.  Couldn’t believe how far it went. 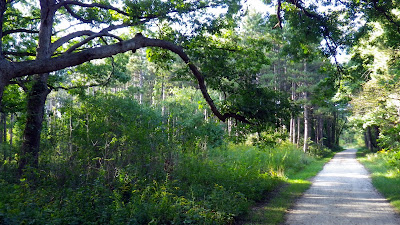 Saturday
Run – 4 miles
Easy jog around the hotel after a very long and exhausting day of work.

Sunday
Run – 6.4 miles
Warmup and Chase the Bear 5k race. Placed 4th overall out of 141. Very happy with how this one turned out.

Pic of the week – cabin pressure/elevation after takeoff in Denver and before landing in Chicago: 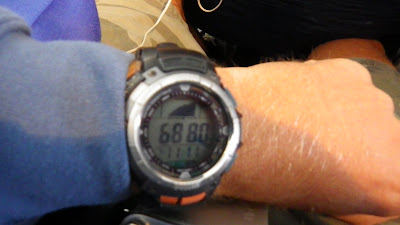 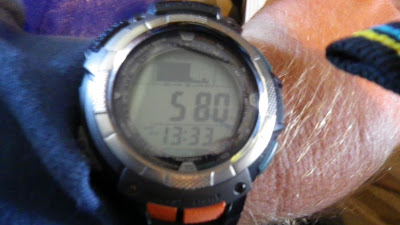 Posted on September 21, 2011, in run, training. Bookmark the permalink. Leave a comment.